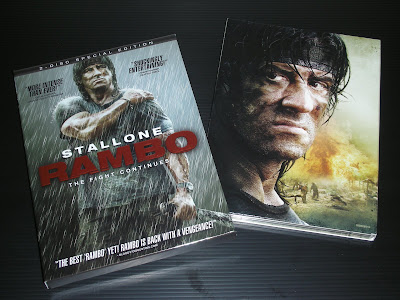 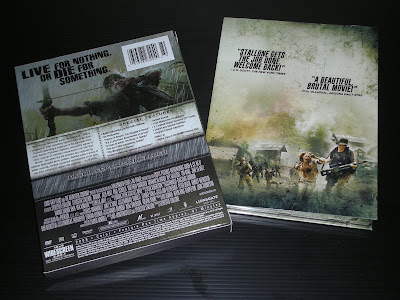 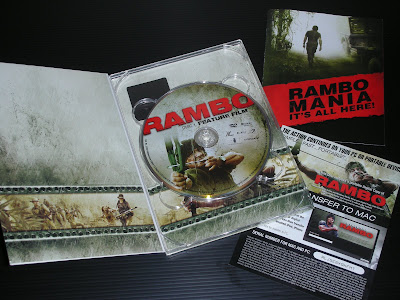 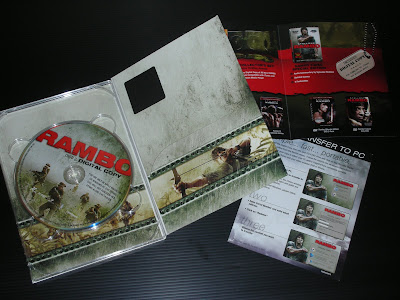 Have you hear a dialogue “LIVE for NOTHING or DIE for SOMETHING” before? If you have a habit to watch movies at least once in a month, you would probably know it. Yes, this is one of the dialogues from Stallone in his film "Rambo 2008". Impressive! I got the DVD (Code 1) from my colleague who just came back from his holiday trip to California last week. It is a 2-Disc Special Edition released from Lions Gate. The second disc is for us to transfer its file to our iPod, PC or other compatible player so that we can watch the film anywhere, anytime. The reason why I buy Code 1 version from States is because it is banned in Singapore. Also, I don’t like Code 3 version (released from Poh Kim) as some of the scenes were being censored. My DVD collection for “Rambo” Series must be from Lions Gate. Otherwise, it’s a “No” to me.
Posted by deSMOnd

Categories: Others - Misc and Collection