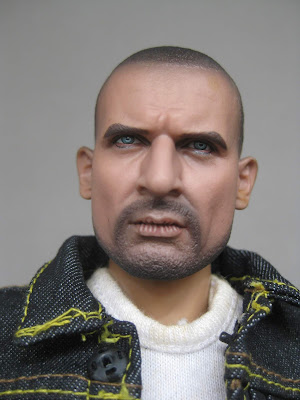 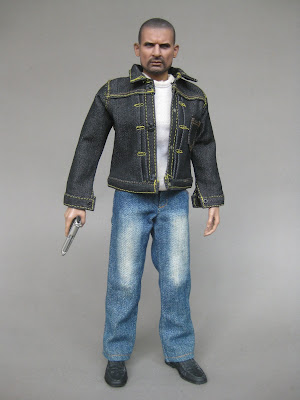 Comparing to Michael Scofield figure, the head sculpt has great likeness to Dominic Purcell as Lincoln Burrows on Prison Break. 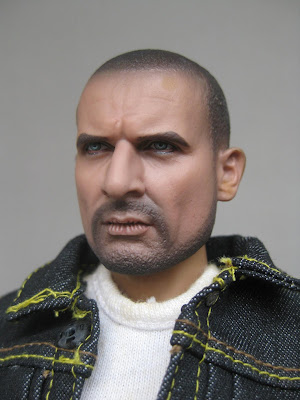 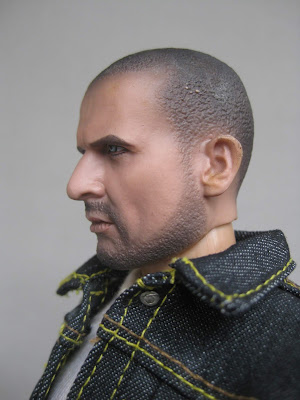 In the plot, Lincoln was being set up for the murder of the Vice President's brother. Lincoln's brother, Michael Scofield then planned to help him escape from prison. 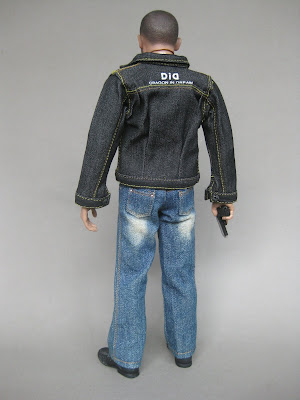 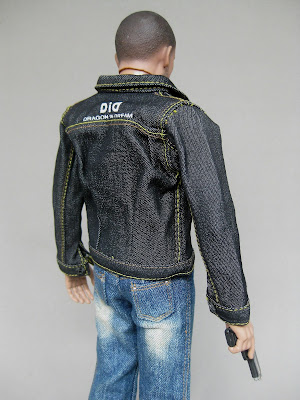 As the black leather-like jacket has been deteriorated, I replace it with the denim jacket by Did Corporation. 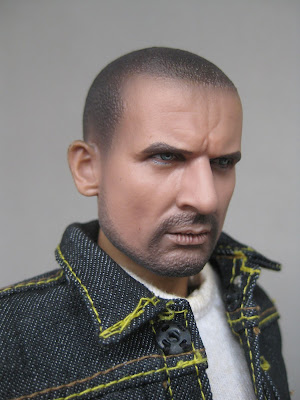 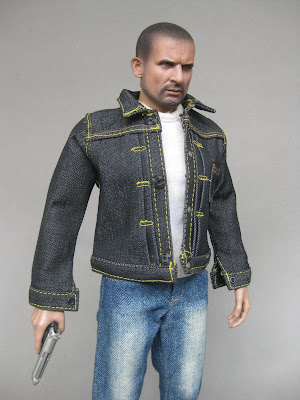 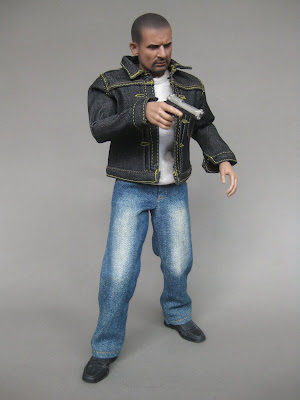 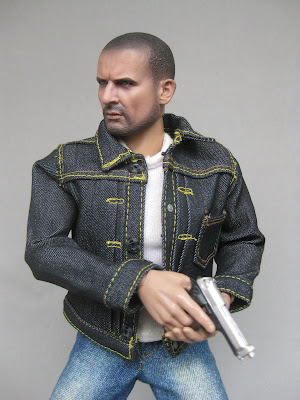 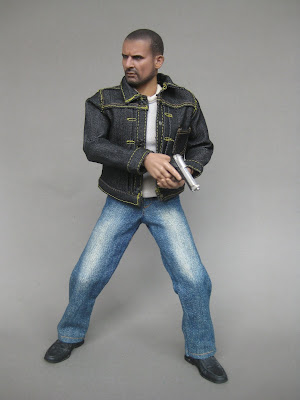 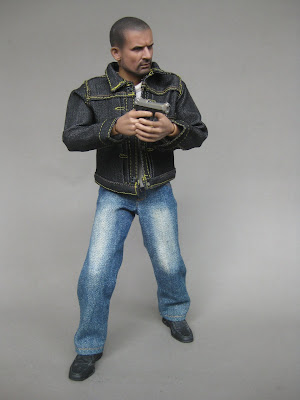 Lincoln's pair of faded jeans is soft and they look so real. 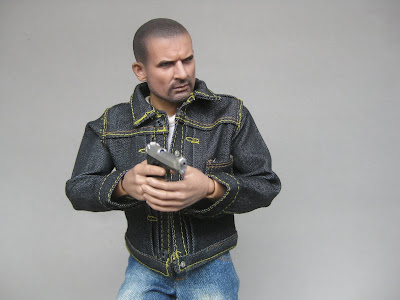 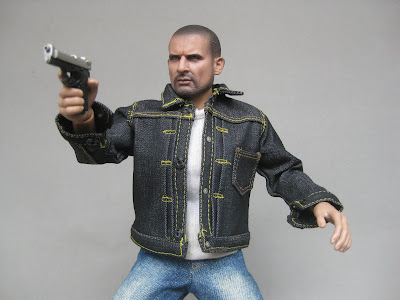 Obviously, Lincoln's casual attire does not restrict his action poses. 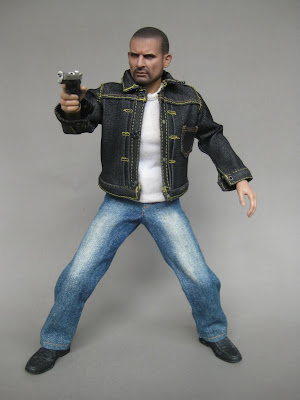 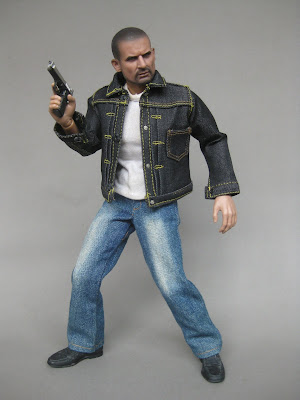 No extra hands were given to Lincoln and thus, very limited dynamic poses you can get from him. 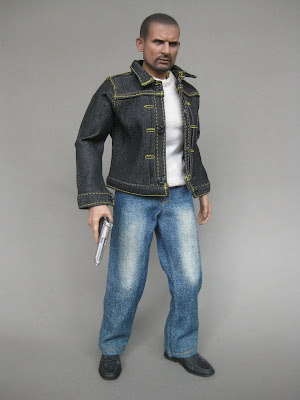 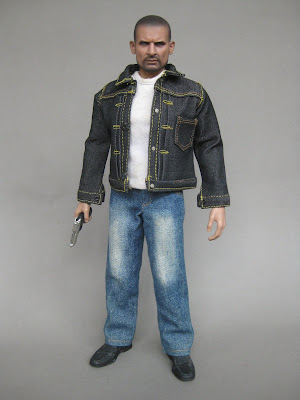 Lincoln has pretty tight joints and has no issue to stand on his own feet. 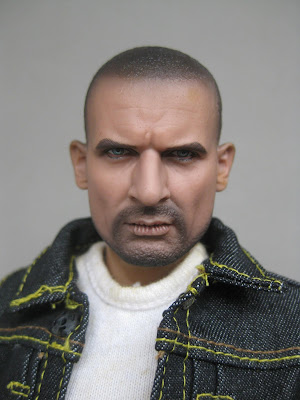 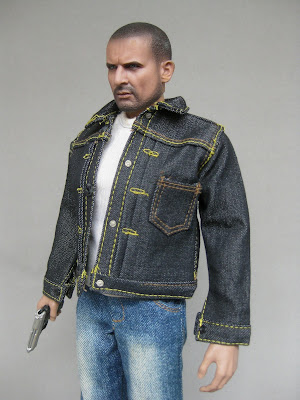 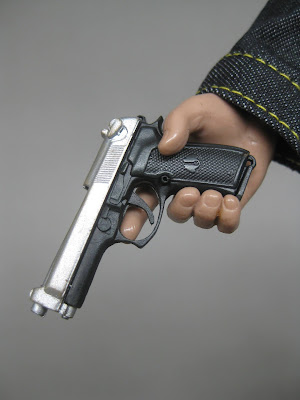 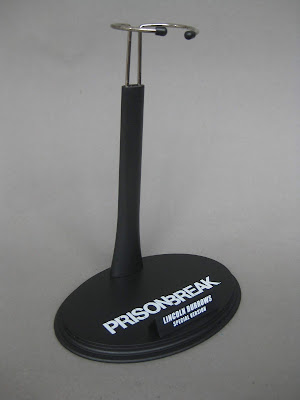 The pistol is the only accessory comes with Lincoln and it fits in his hand. For the box art and design, please see here and here.
Posted by deSMOnd

The jeans are indeed very realistic... The jacket however didn’t look realistic due to those striking yellow sewings ...

I guess the jacket doesn't have any weathering and thus look very new :)