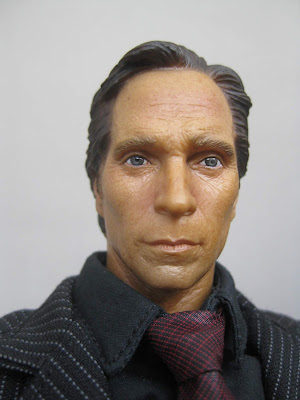 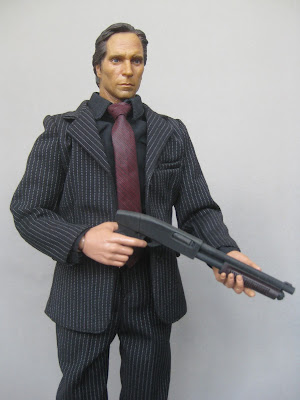 TTL has done an amazing job on the head sculpt as it possesses great likeness to William Fichtner, an American actor who has appeared in a number of films and TV series. 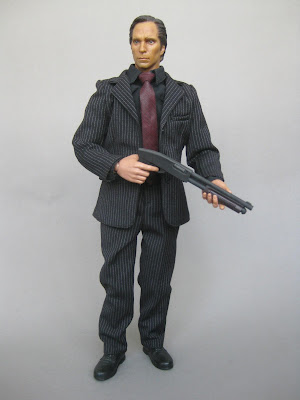 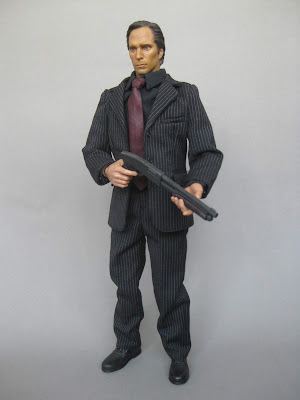 William is popular for one of his roles as Alexander Mahone, a FBI Special Agent in Season 2 of Prison Break. 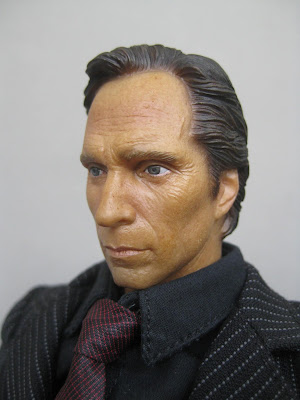 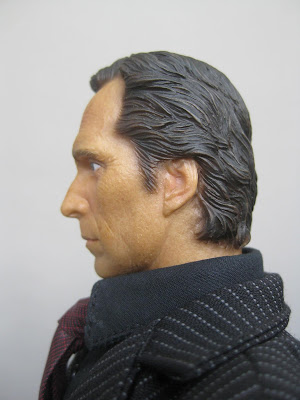 Besides the life-like eyes, everything is well sculpted especially the wrinkles. They look very natural. 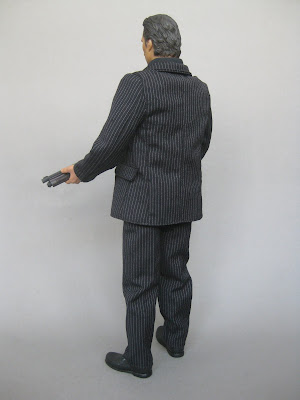 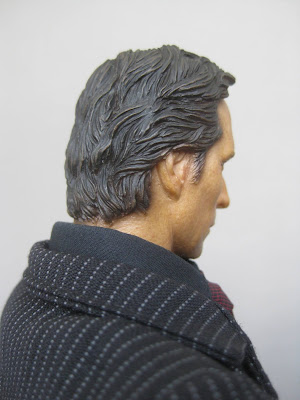 The hair also looks real as TTL has applied some colour tone on it. 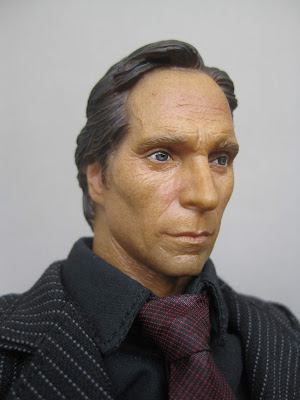 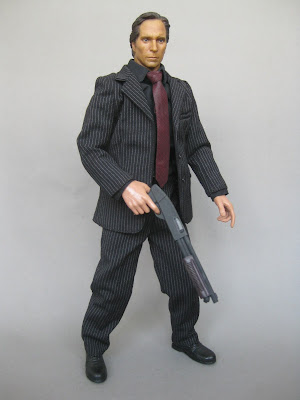 The shotgun is the only accessory comes with the figure and it is nothing special. 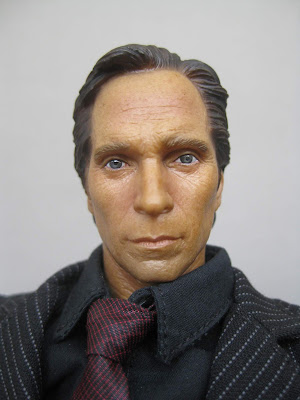 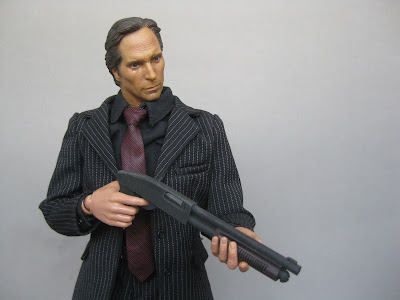 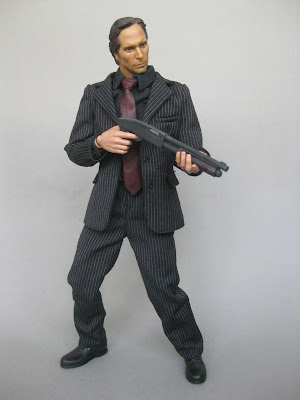 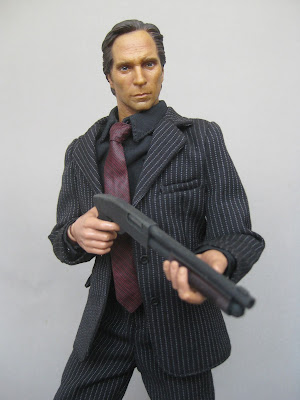 In Season 2 of Prison Break, Mahone's primary weapon is his Glock 19 pistol. The above shotgun is similar to what William used as bank manager on The Dark Knight (film). 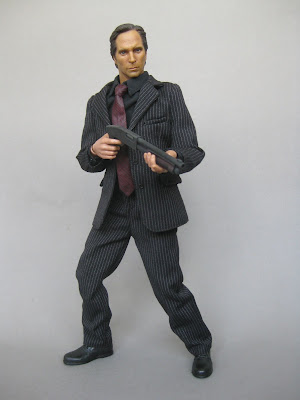 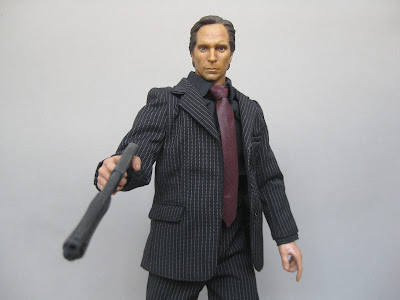 For the business attire, it fits the figure well and does not restrict the overall articulation. 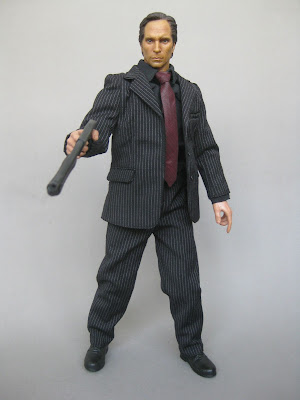 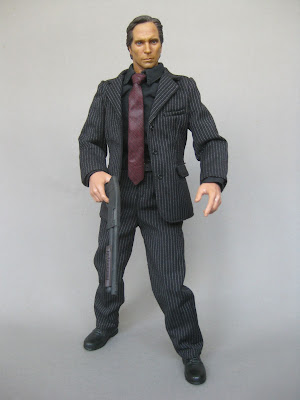 But, the figure has "weird" shoulder joints. They restrict the movement of both arms. 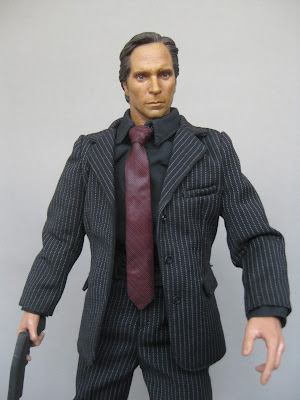 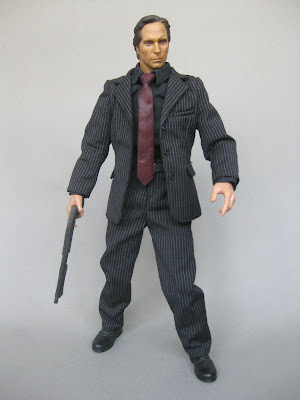 Mahone's legs are weak and thus, he can't hold his action poses for too long. 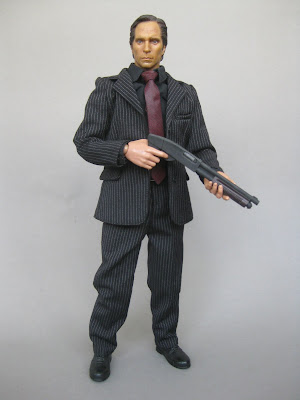 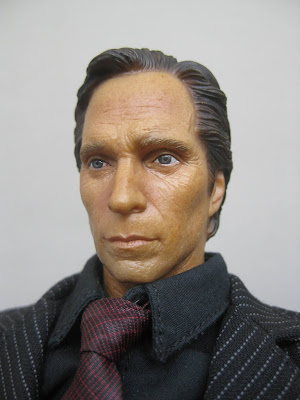 Overall, I am still happy to get this figure as Mahone is one of the important characters on Prison Break. You may see the box packaging here.
Posted by deSMOnd

Very realistic with the freckles on the face. The weapons are what I like the most : )

Yes bro, shotgun is also my all time favorite weapon :)