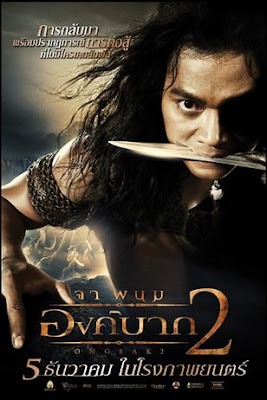 Watched "Ong Bak 2" at Shaw CCK yesterday. The story of this one is not continued from the first instalment. It is about the revenge of a young boy after his parent were killed by the rebel forces. This time, Tony Jaa's fighting styles includes Chinese Kung-Fu and thus, making the fighting scenes more spectacular than before. Also, not much dialogues from Tony (action louder than words). As usual, all the stunts and action was done by Tony himself (his move is REAL!). This is why Tony Jaa becomes one of my favourite kungfu movie stars as well. There will be a third instalment for sure as the storyline is just ended temporarily. I highly recommend this if you guys love to watch action-packed movies. My overall rating is 3/5.
Posted by deSMOnd