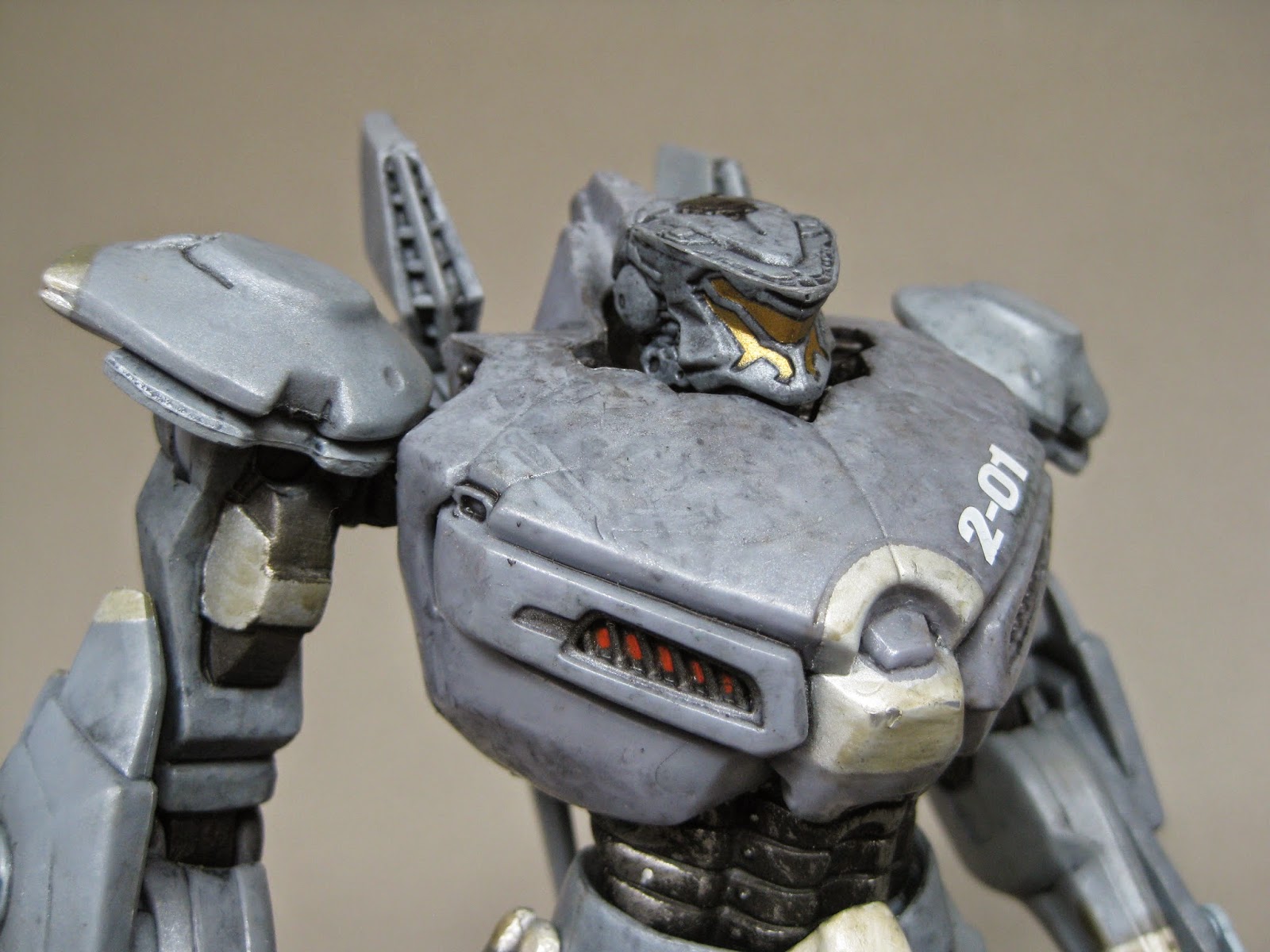 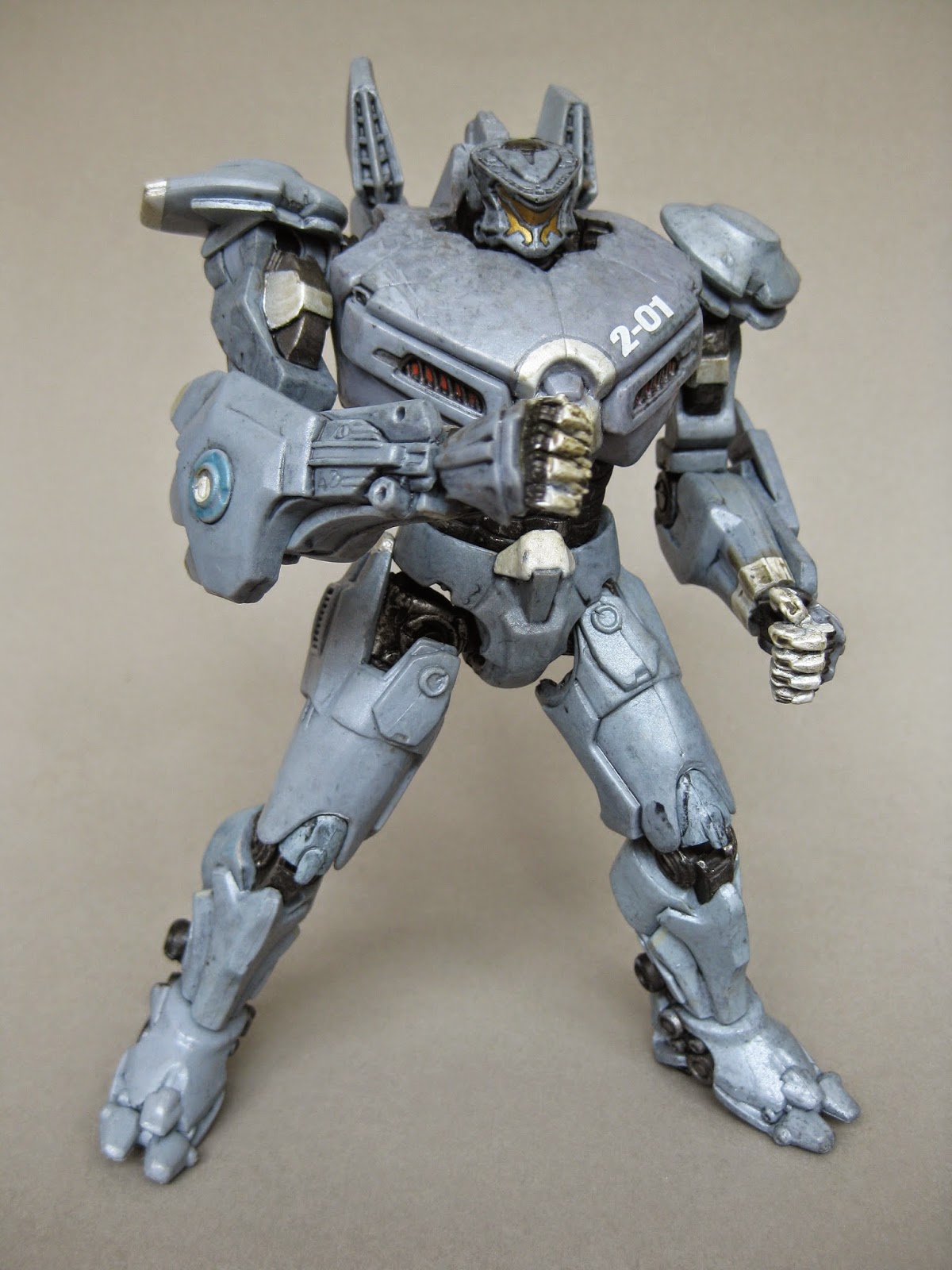 Neca has always been doing very well in the paint application on their figures. This one has no exception. 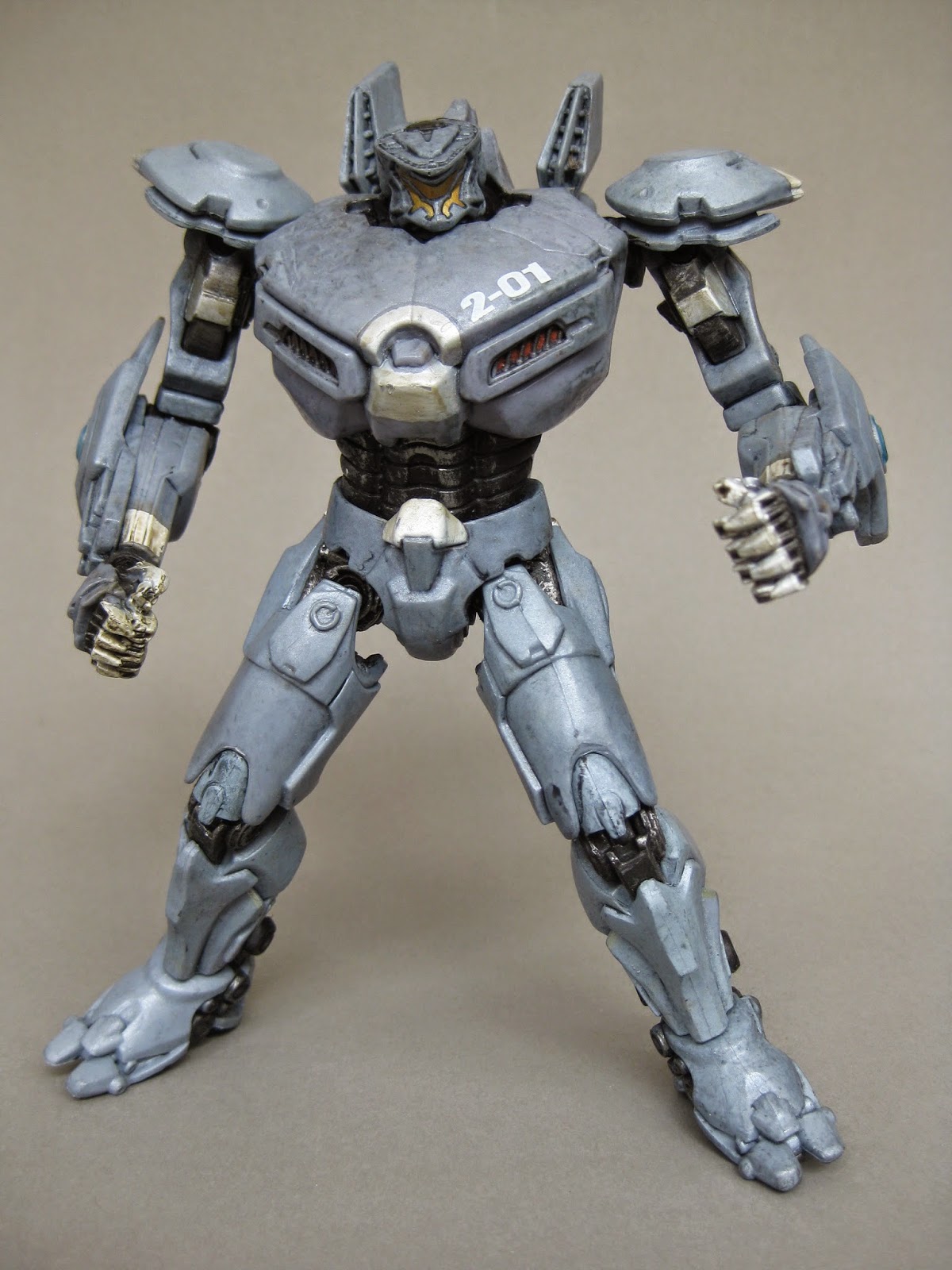 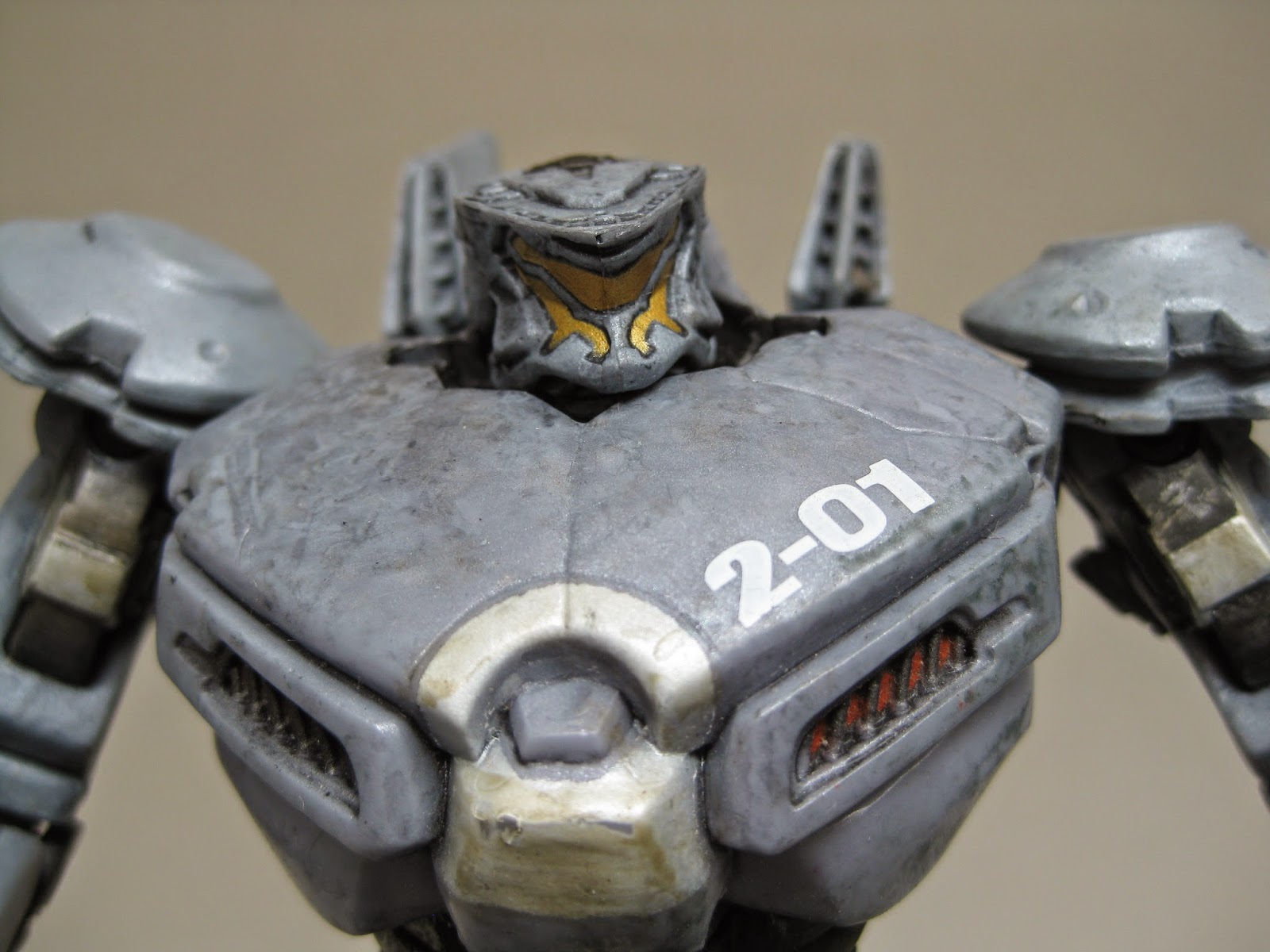 I personally don't like the body proportion of Striker Eureka as its arms are little longer, and its legs are short. 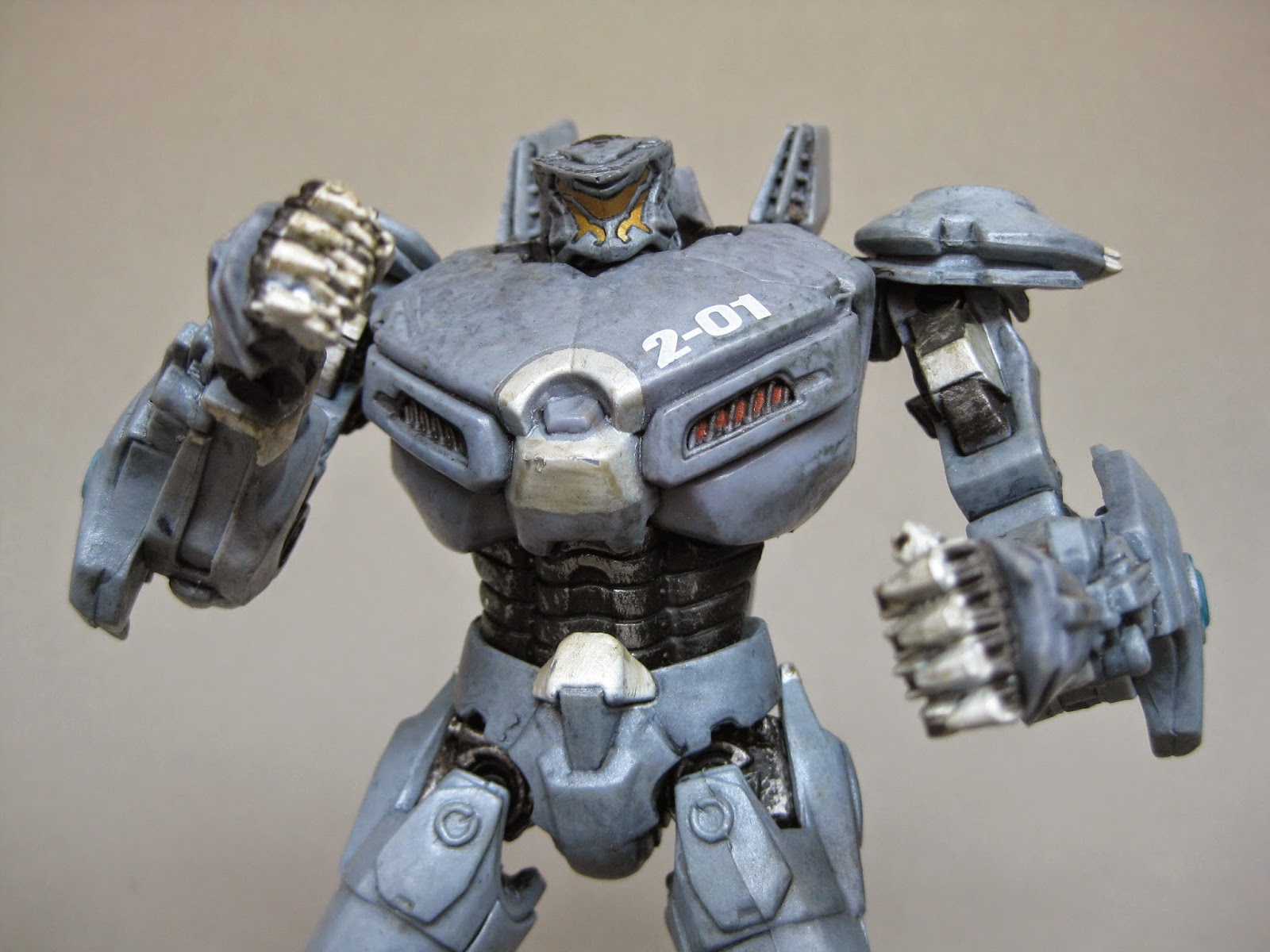 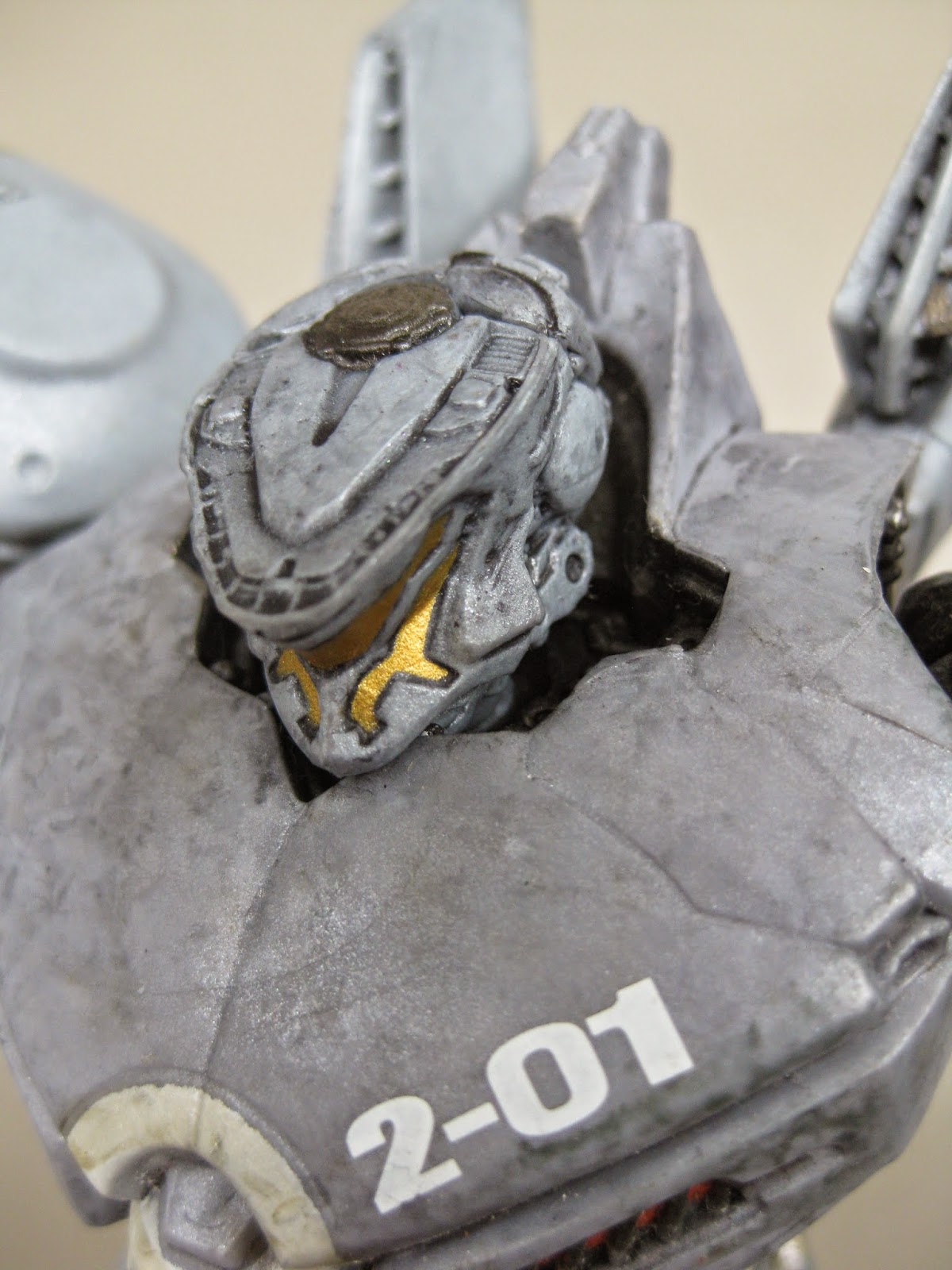 You can rotate its head a little due to the structure of the upper torso. 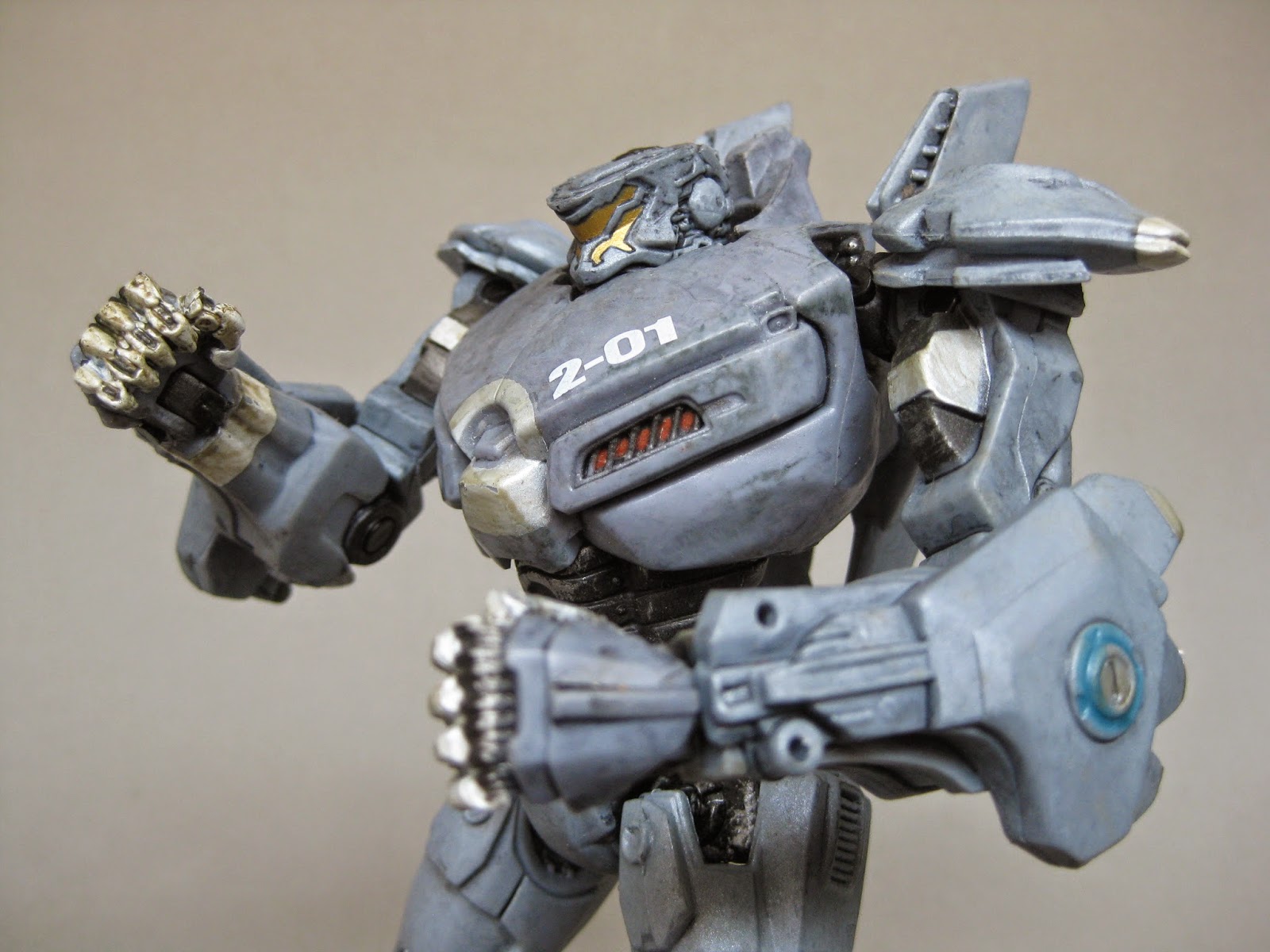 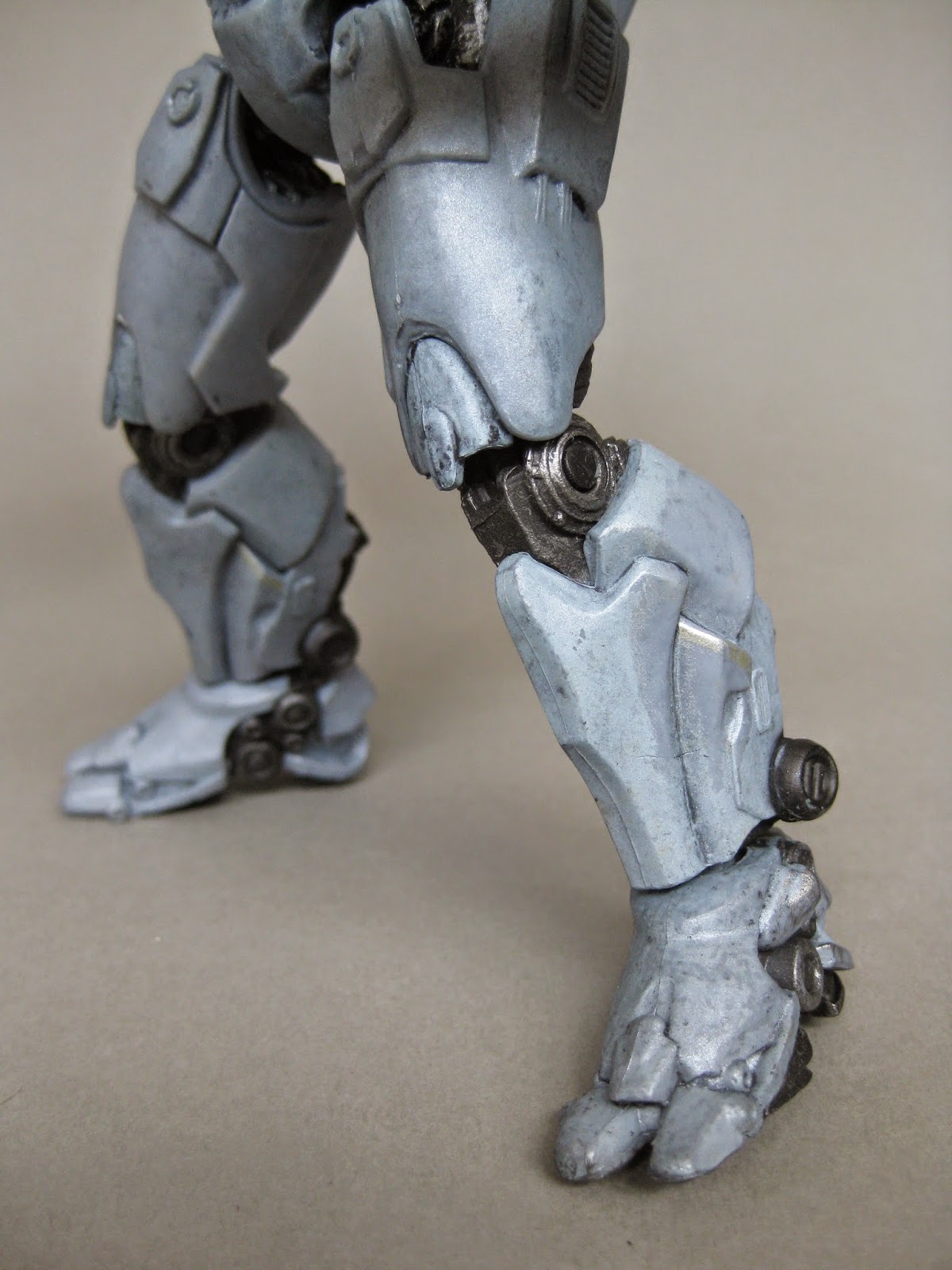 The arms have better articulations than the legs. Unfortunately, the joints are weak and loose. For mine, the right joint at the hip was broken. 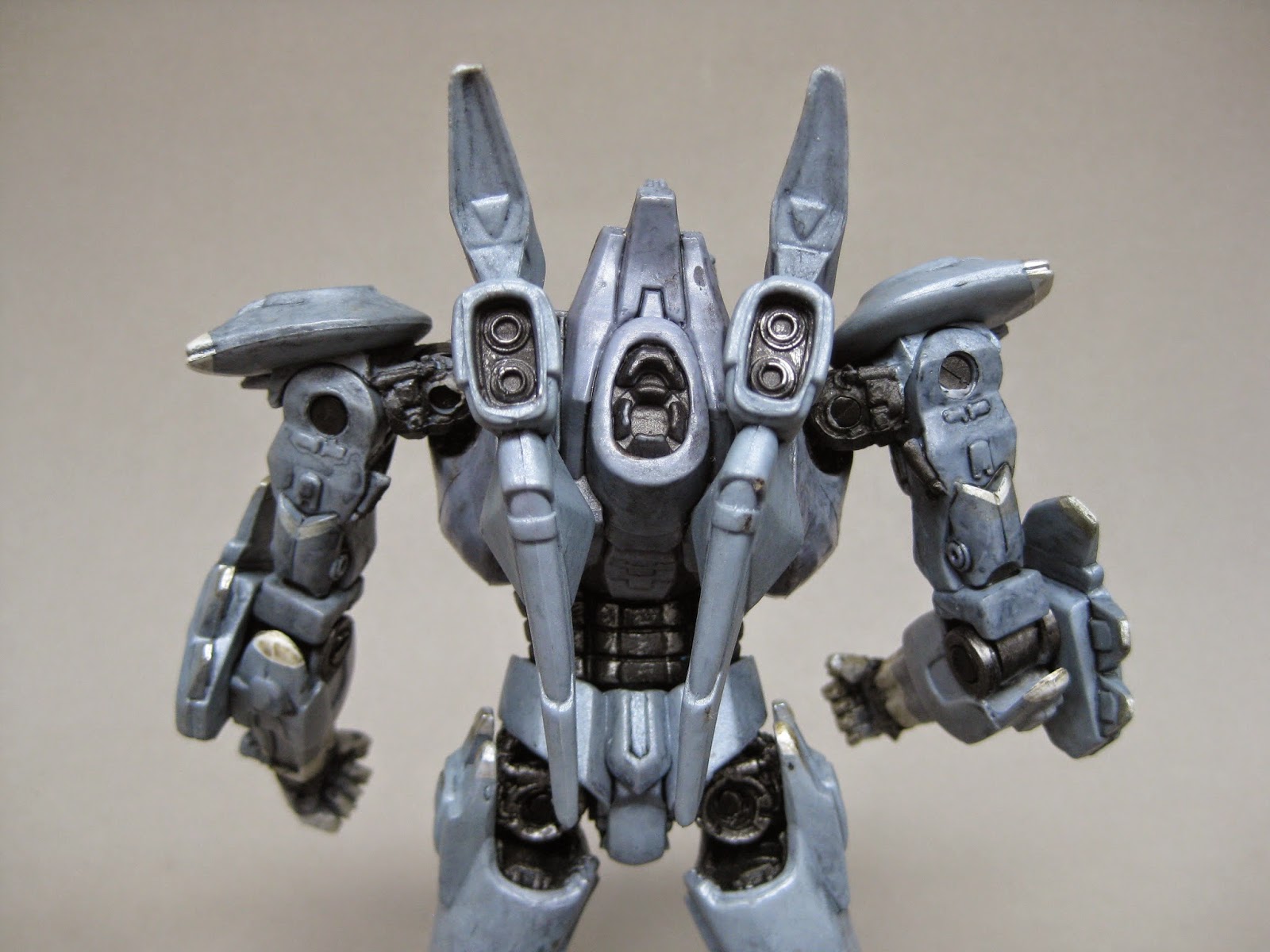 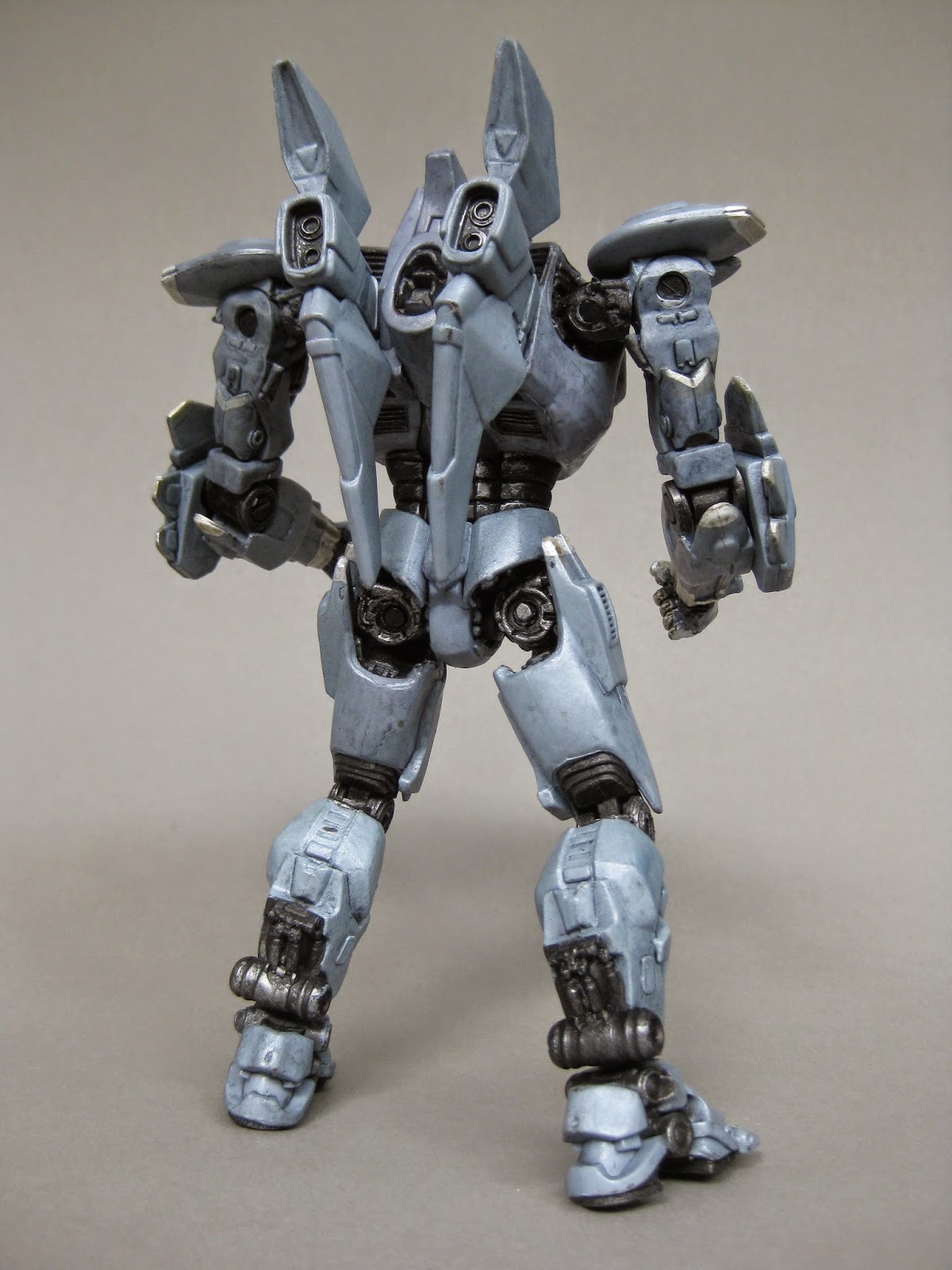 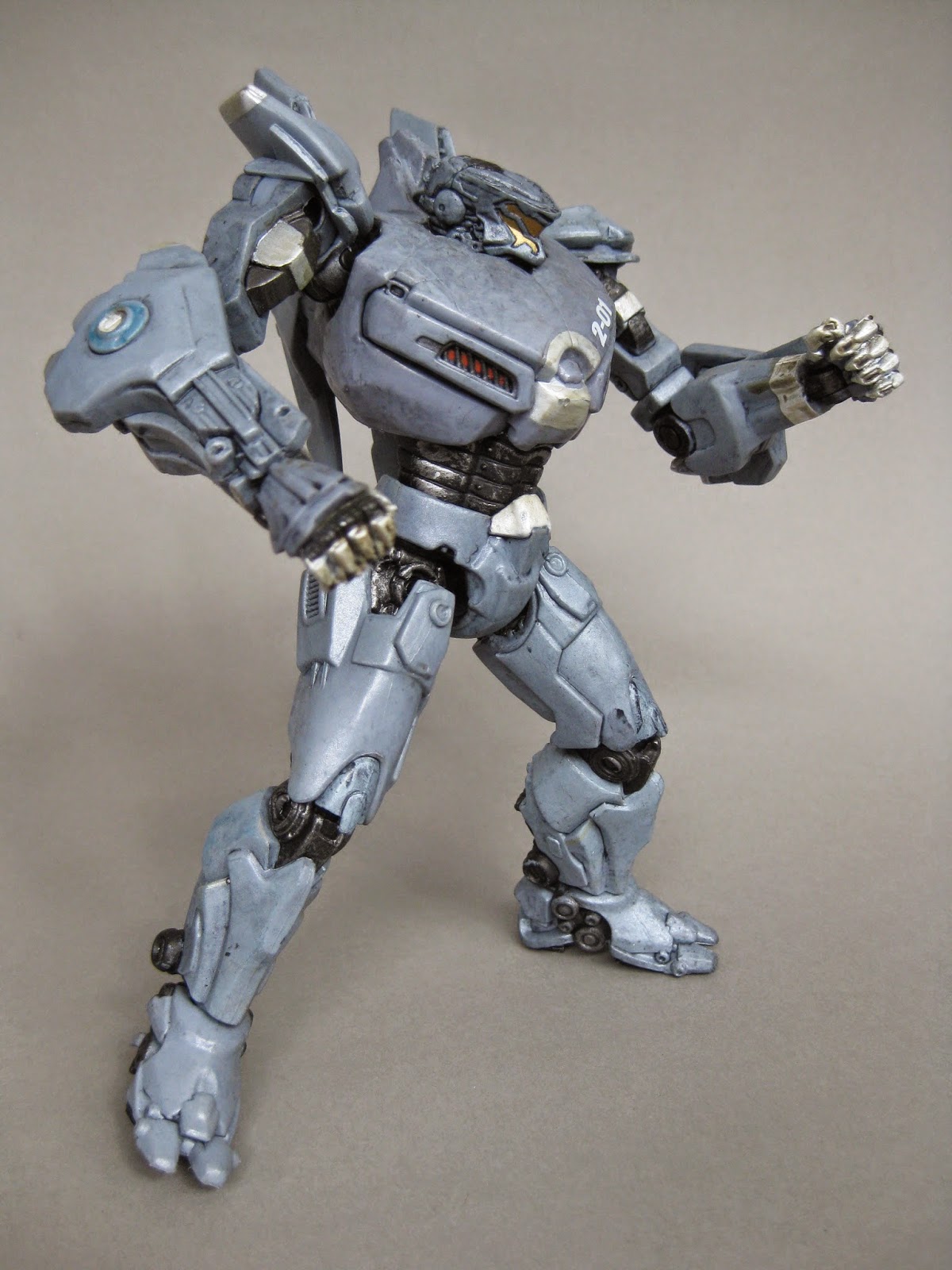 I like the design of the jet booster backpack as it looks pretty cool. 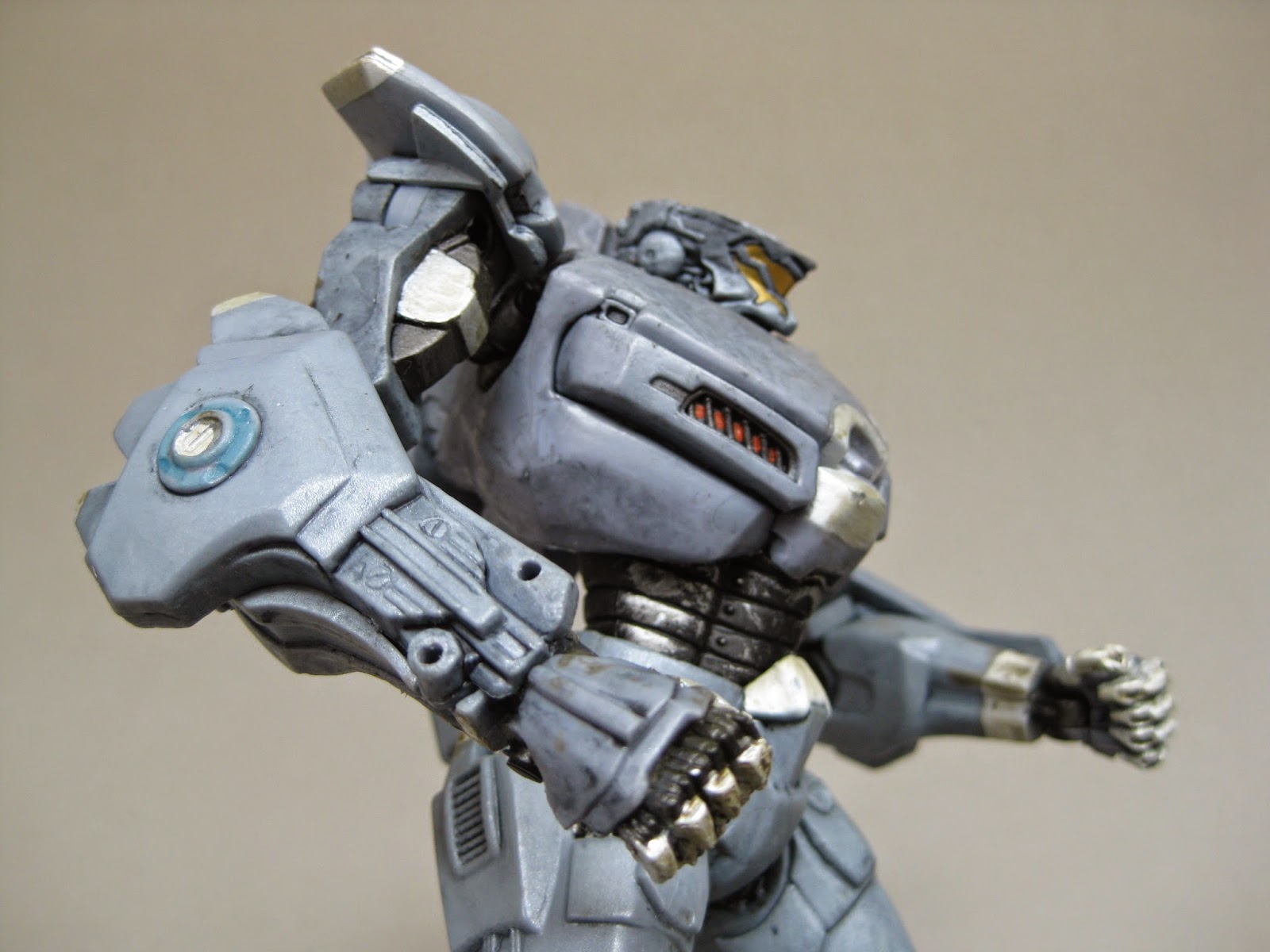 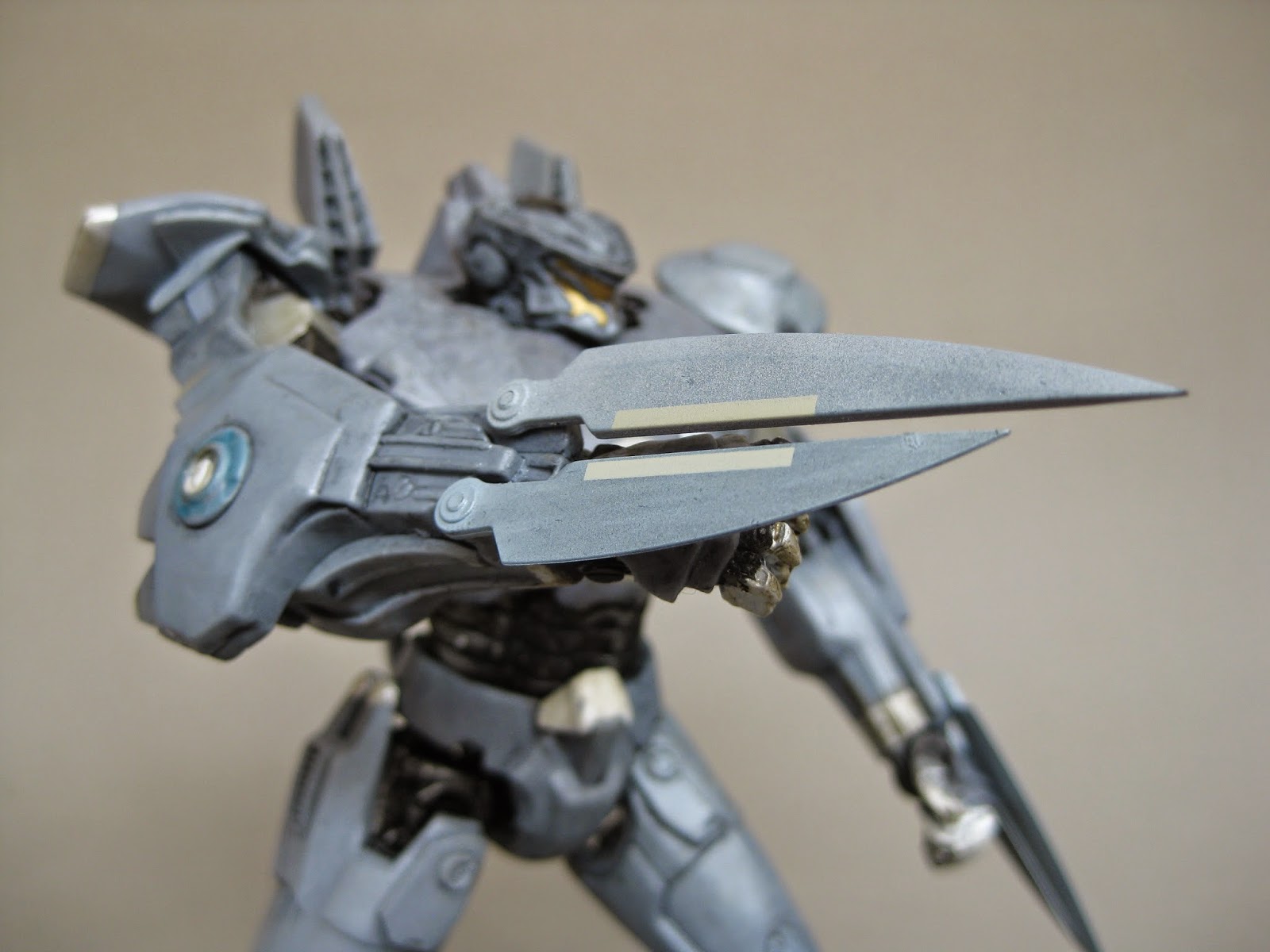 You can attach the "scissor blades" on both forearms if you want. 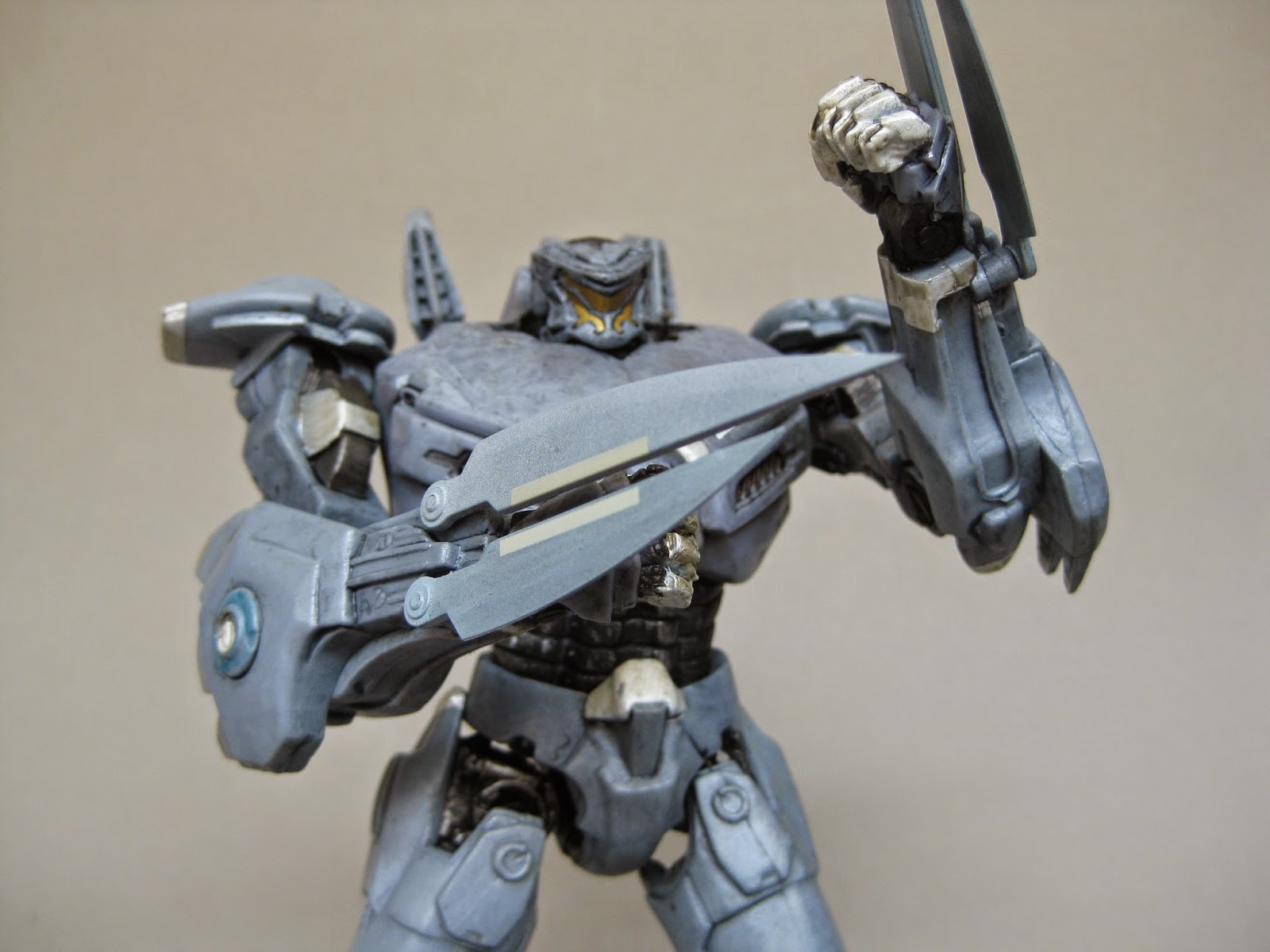 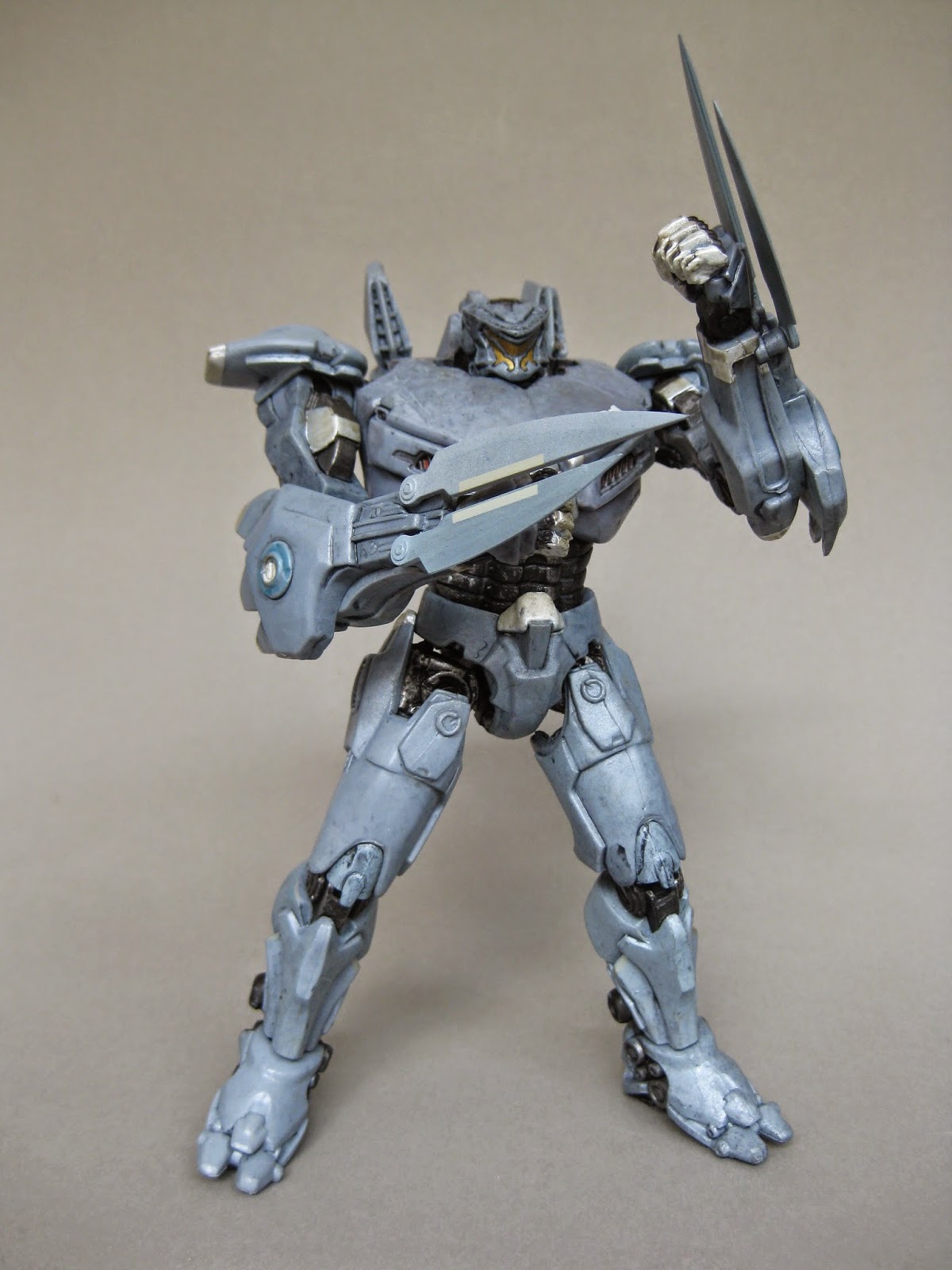 The point of each blade is very sharp as it's made of hard plastic. 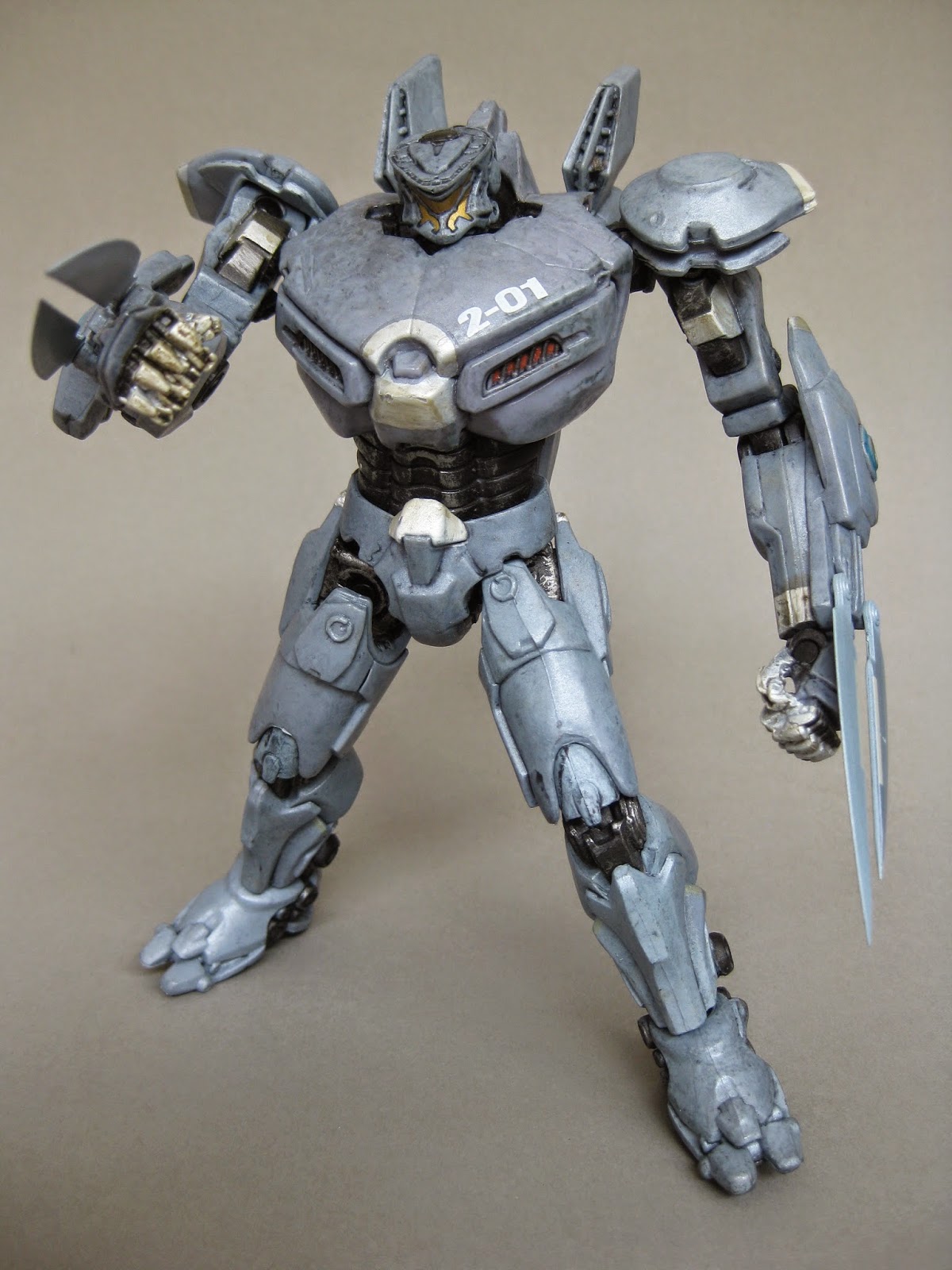 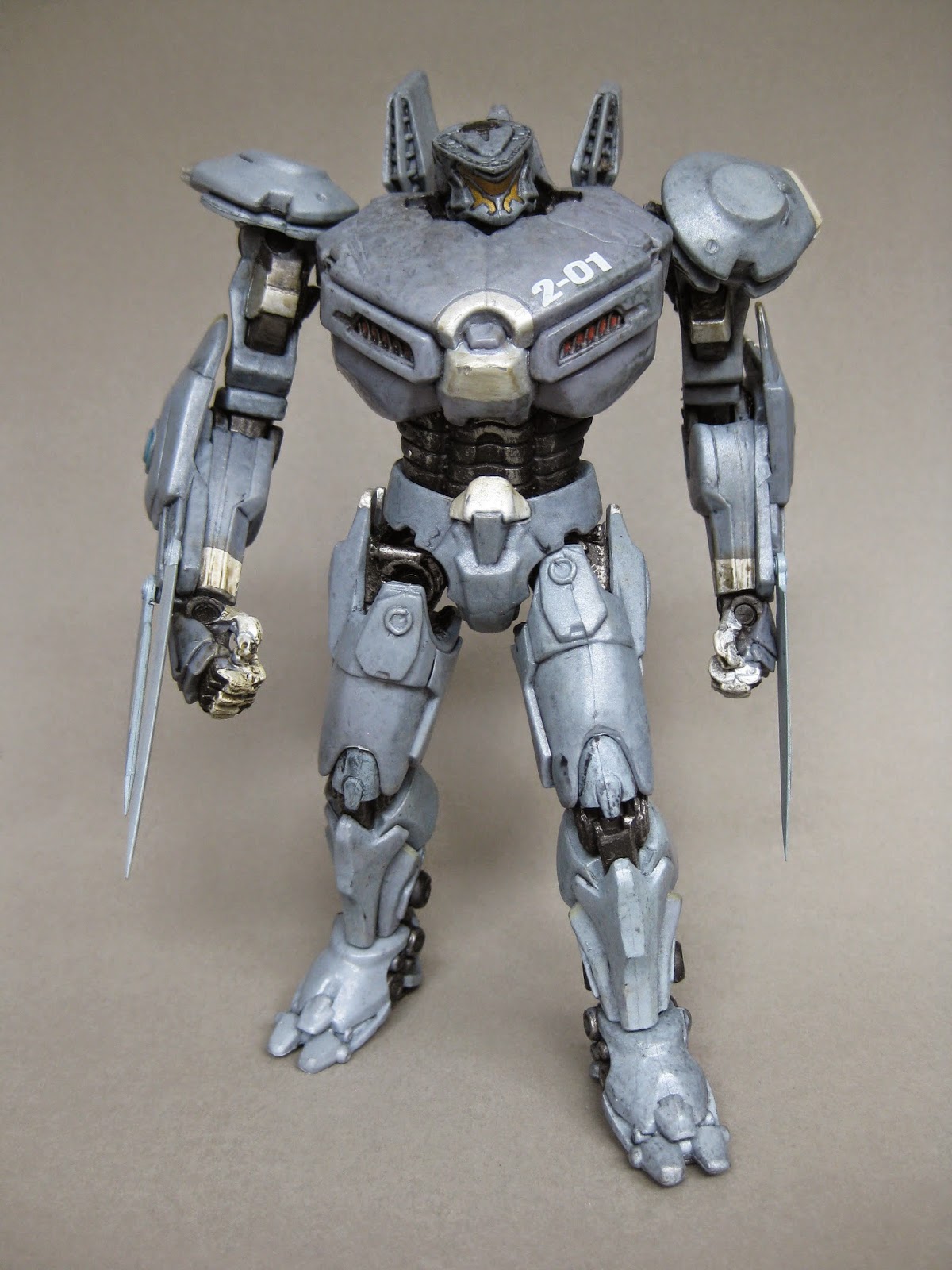 Similar to Crimson Typhoon, the figure has an articulated joint at its waist for rotation. 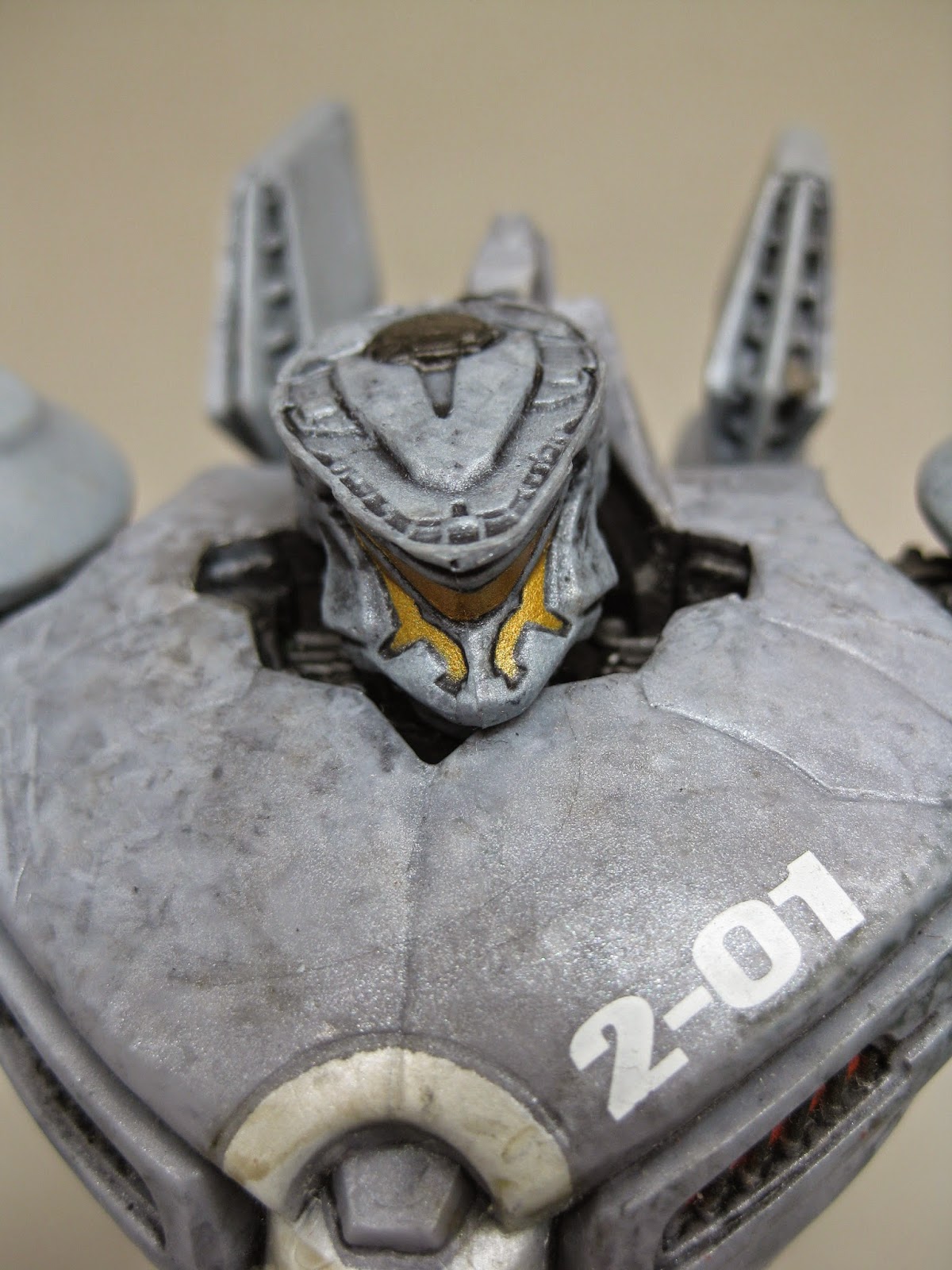 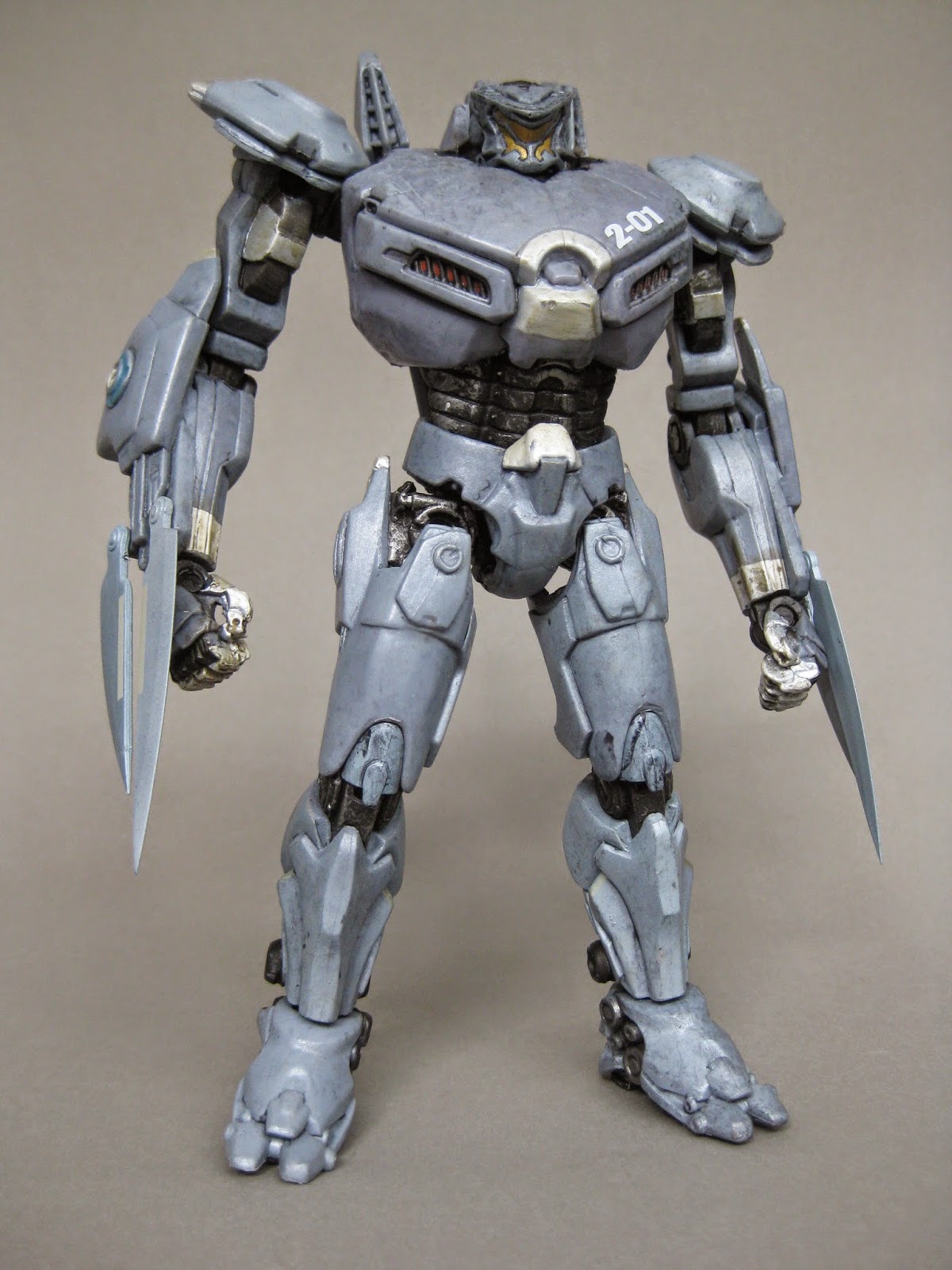 Surprisingly, Striker Eureka is the shortest in height when comparing Gipsy Danger and Crimson Typhoon in Series 1. However, it's still a great figure in sculpting and overall design. You may click here to see its packaging (Reviews on Leatherback and Battle Damage Gipsy Danger).
Posted by deSMOnd

The design of Striker Eureka appealed to me the most. It must be the visor and straight forward mecha design. Definitely one of the longest surviving robot in the movie.

Ya Dennis, It looks nice in certain aspects :)