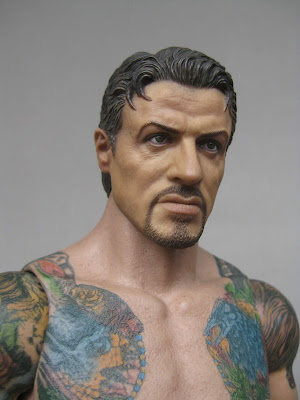 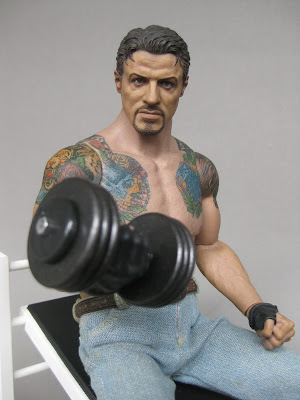 This is an extra piece of Barney Ross figure I got from an ebay seller. It was a loose figure came with tactical boots and head. No hands were given. 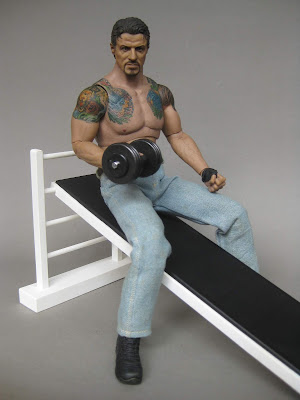 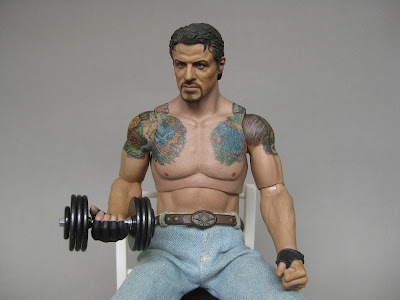 My reason to get this figure is the tattoos printed on the upper torso. The tattoos look natural and realistic. 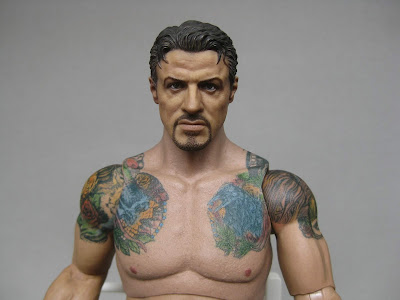 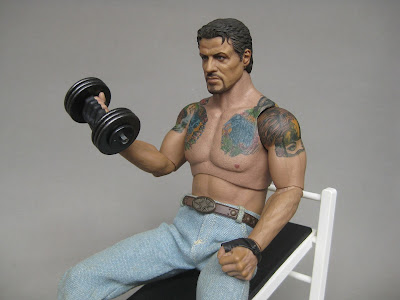 Unfortunately, the skin color of the head doesn't match with the neck and upper torso. I guess the difference is due to the material used for the rubber body. 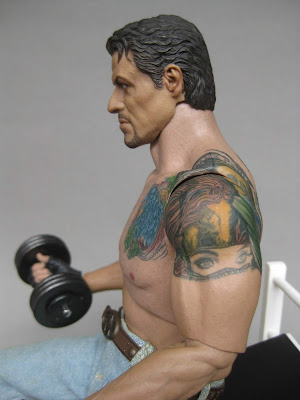 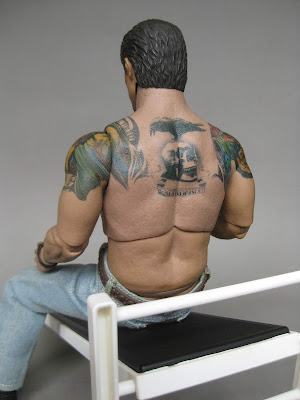 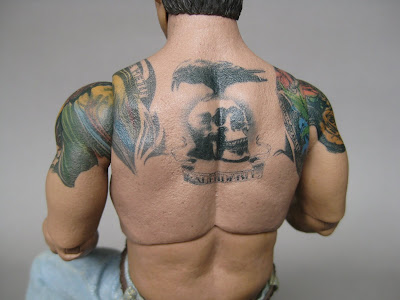 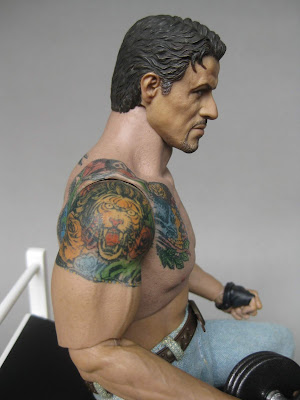 A closer look at the tattoos printed on the arms and back of the body. Amazing piece of work by Hot Toys!! 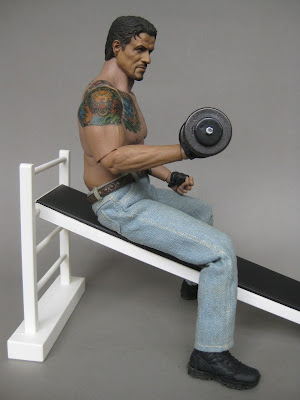 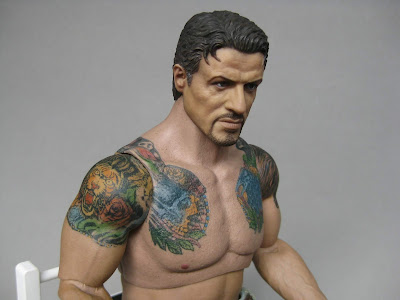 As a leader of the elite mercenaries, Ross has to maintain his fitness by daily workouts in the gym. 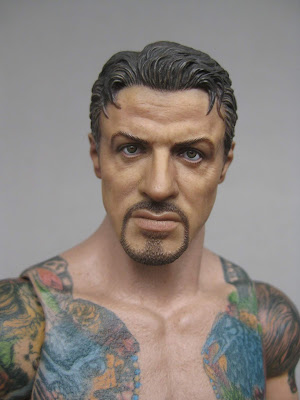 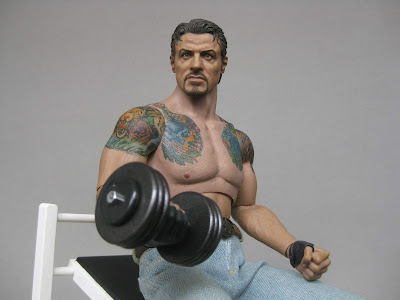 I personally think this is the best head sculpt to resemble Sylvester Stallone as Barney Ross in The Expendables (2010 film). 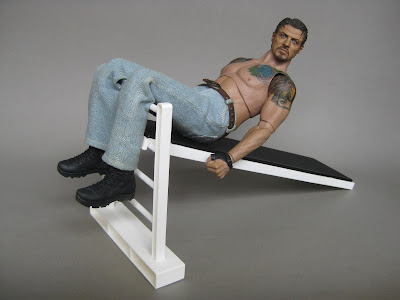 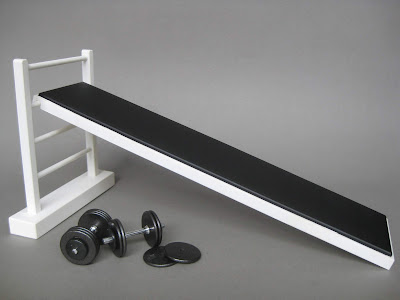 The plastic adjustable sit-up bench and pair of dumbbells are not from Hot Toys. For the dumbbells, the bars are made of metal and weight plates are made of plastic. 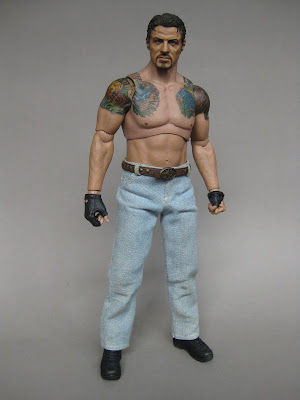 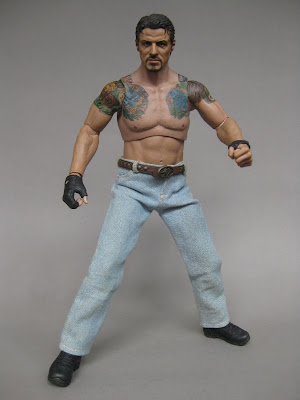 For the pair of jeans, belt and hands, they are originally from my Barney Ross figure. 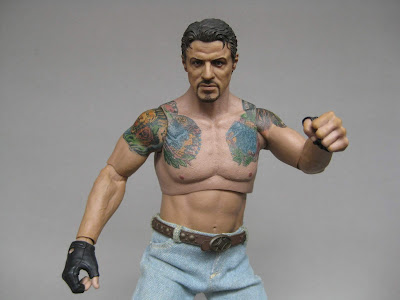 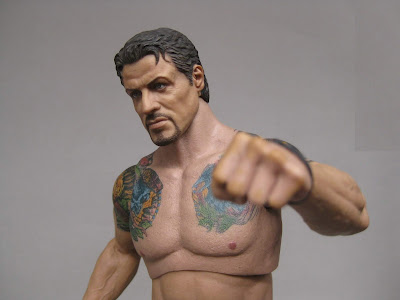 It's obvious that the elbow joints only allow for 90 degree bend which restrict posing for upper body. 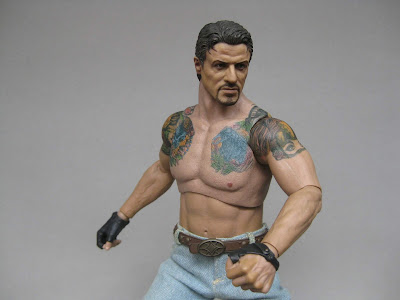 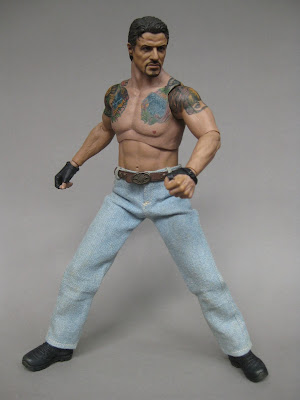 The plastic boots also restrict the articulation of the feet. Overall, the figure has tight joints and it can stand on its own. 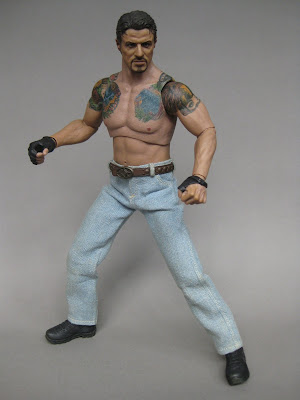 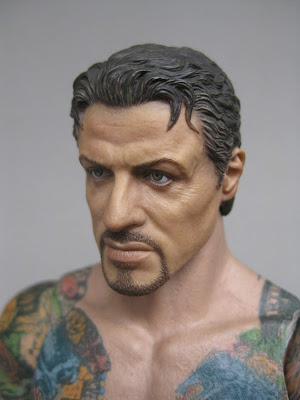 Look at the facial sculpture, Hot Toys has captured the likeness of aged Stallone with realistic skin texture, wrinkles, eyebrows and droopy eyes. 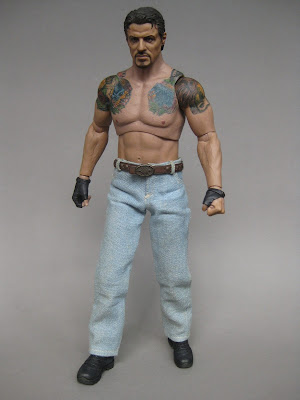 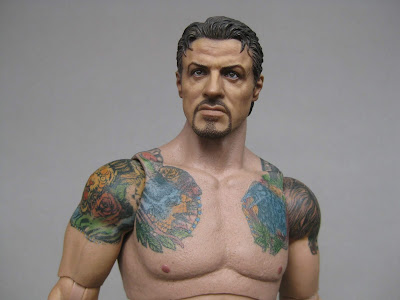 As a huge fan of Sylvester Stallone, I wish Hot Toys can consider to get the licence and release the 1/6 scale John Rambo in Rambo II and Rocky in the first film.
Posted by deSMOnd

Cool Skull tattoo of the Expendibles on the back! Stallone sure aged gracefully : )

The tattoos and head sculpt are what I wanted to get this figure..