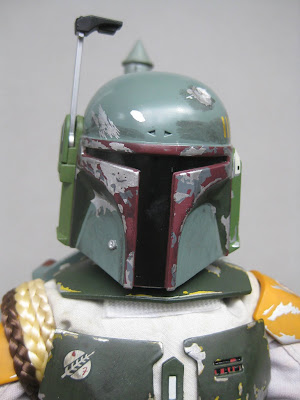 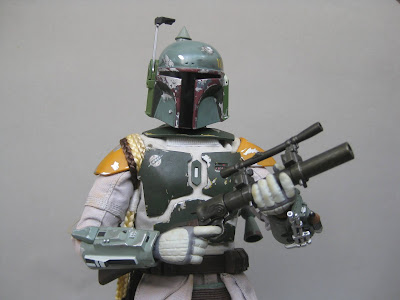 The figure was released in 2007 and it appeared in the film Star Wars Episode V: The Empire Strikes Back. 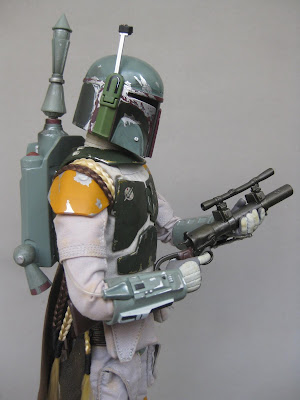 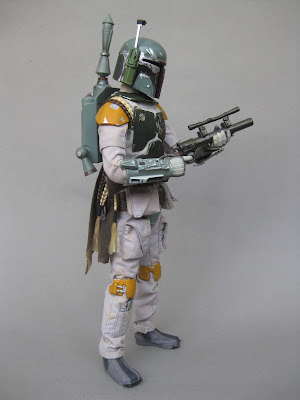 Still, the paint work on the helmet and armour is spot on. I personally prefer the colour scheme of the ROTJ version. 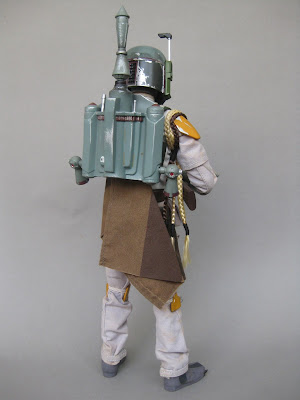 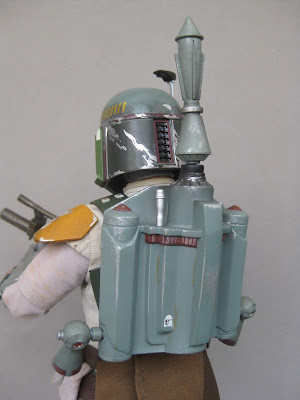 As compared to the ROTJ version, there is not much weathering done on the jetpack. I believe this is the original design made for the film. 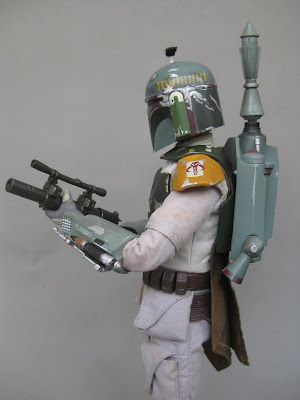 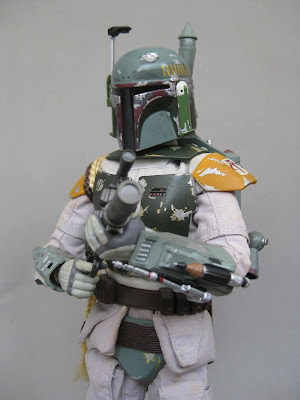 Besides blaster, the difference between the ROTJ version and this version is the colour paint for helmet, gauntlets, fabric pouches, boots and jetpack. 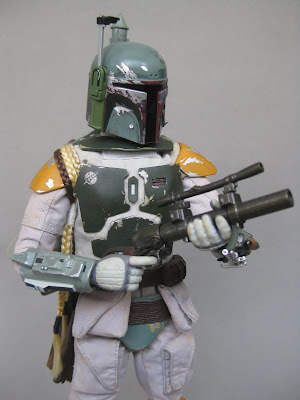 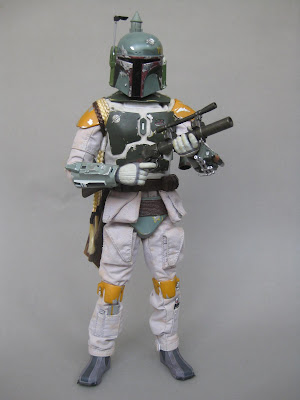 However, I am pleased to have the figure for my Star Wars collection as it just looks awesome on shelf. You may see the packaging here.
Posted by deSMOnd

Think this shows more paint chip on the mask compared to the one featured last posting.

Yes it is. This is also the first version of Boba Fett in Star Wars films.