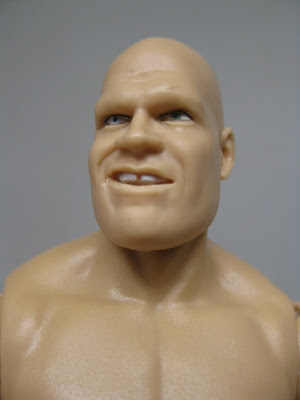 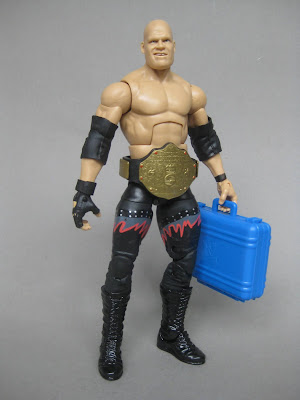 The head sculpt is good as it has great likeness to Kane. The figure is 7.5 inch tall. 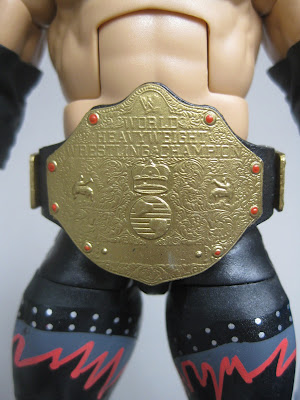 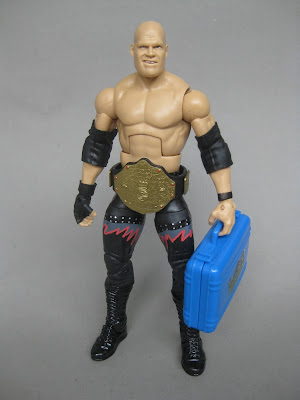 If the plates of the championship belt were painted in glossy gold, the entire belt would look more convincing. 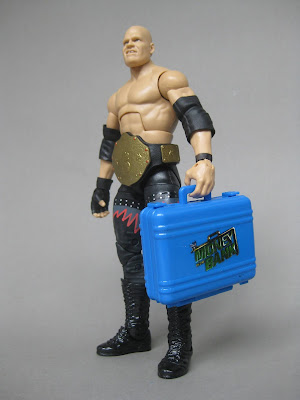 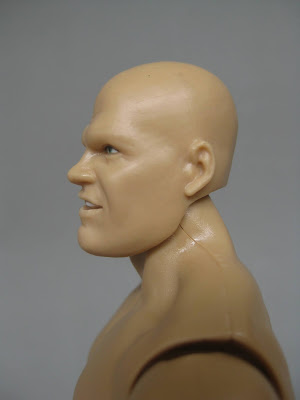 Besides championship belt, the briefcase is another accessory comes with the Big Red Machine. 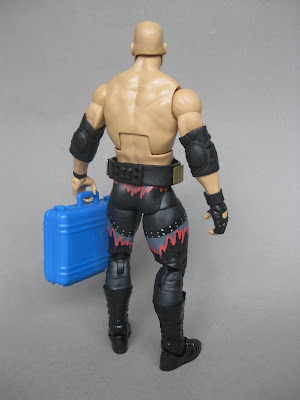 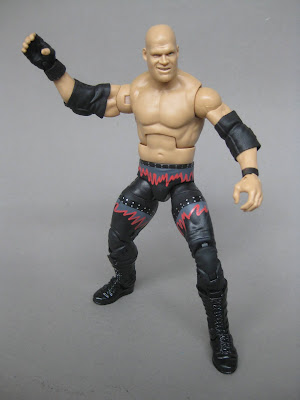 The skin colour matches perfectly between the head and rest of the body. 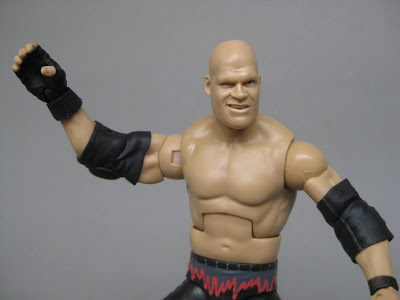 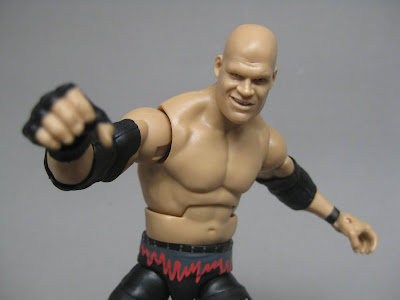 Mattel has captured the evil expression of Kane and this is the same sculpt used for Elite Series 4. 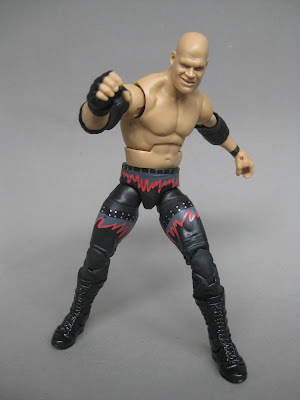 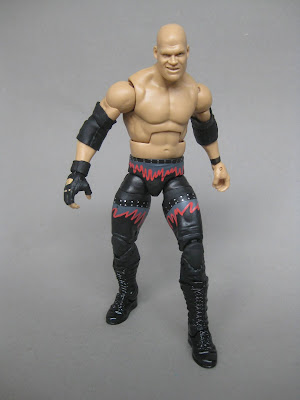 Both mid-torso joint and waist rotation joint allow Kane to achieve a wide range of movements. 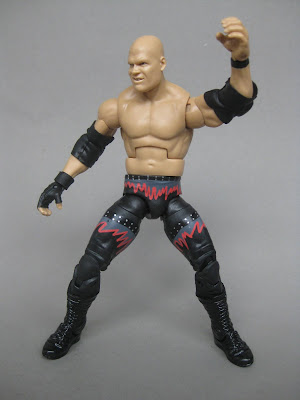 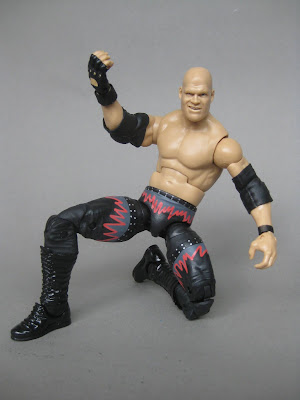 Tried to imitate the victory pose by The Undertaker (left above). 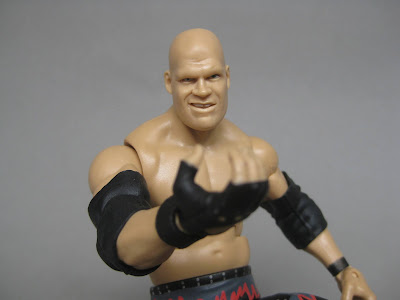 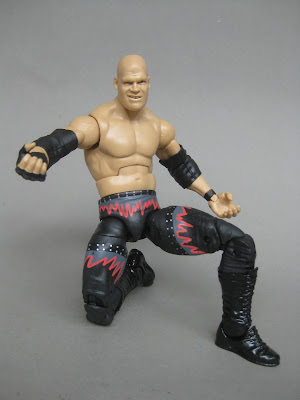 Looking at the figure, its overall articulation is good. The figure has tight joints too. 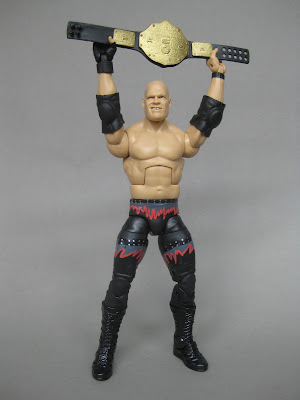 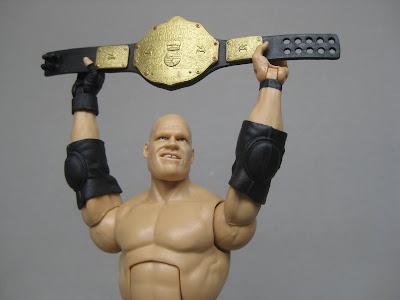 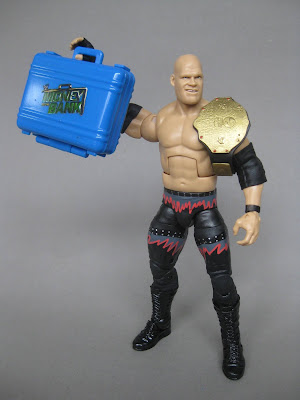 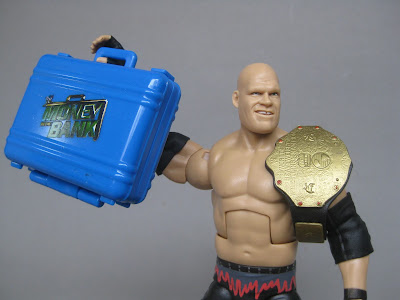 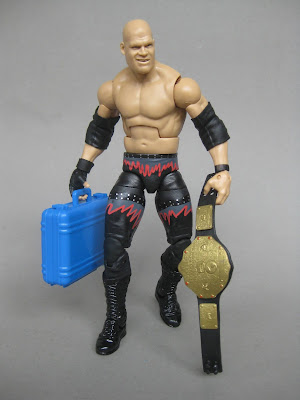 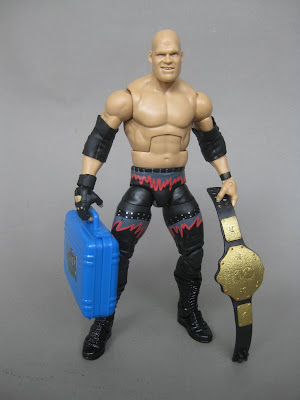 As I am a huge fan of Kane, I collect lots of his wrestling figures. You may click here to see its packaging.
Posted by deSMOnd

Mayor from Hell ... Lol ... Like the optional hand whereby he does the choke-slam : )

Yes Dennis, I would be happy if Mattel added additional hands to give consumers more choices..