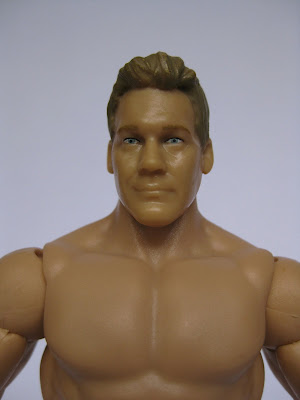 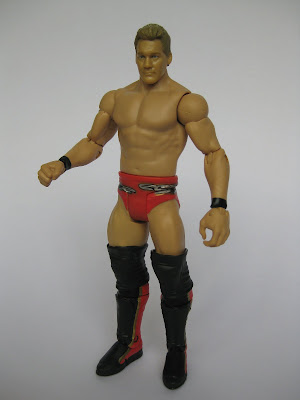 The likeness of Jericho's head sculpt is quite accurate. The texture of the face is also okay but there is no colour differentiation between the facial skin and lips. This is a negative point to me. 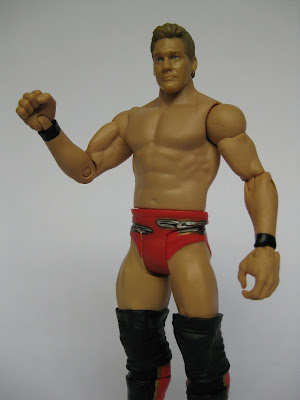 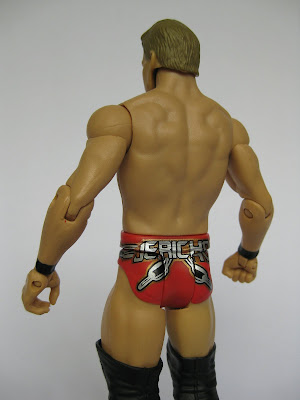 The word "Jericho" with simple graphic is printed on the back of the red wrestling attire and it looks pretty cool. 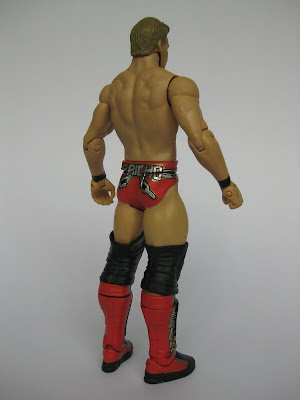 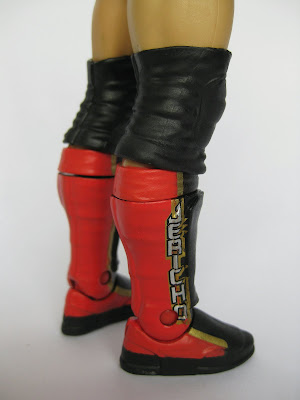 Both wrestling boots have similar graphic design with "Jericho" name printed on the side. 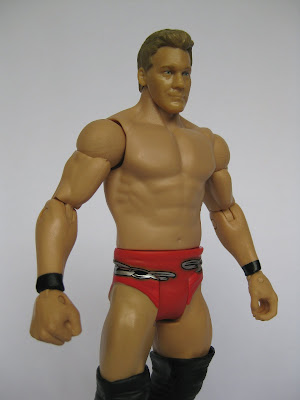 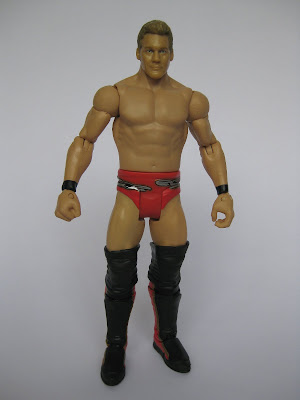 Like most wrestling figures, Jericho has two knee pads made of soft rubber. 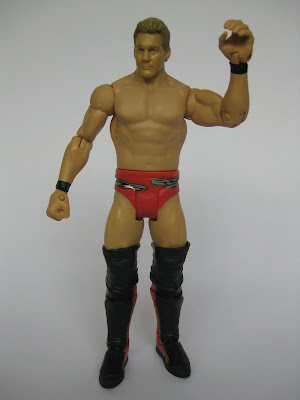 Chris Jericho plays as a villain in WWE and he is the 2008 superstar of the year. He also won the first ever Undisputed Championship in WWE. Besides "Walls of Jericho", "Codebreaker" is my favourite Jericho's finishing move. In April 2010, Jericho was drafted to RAW. For Jakks Pacific Chris Jericho in Ruthless Aggression 40, you may read my review here.
Posted by deSMOnd

I recent watch his cage match with Edge and he lost. He does have some cool moves but does seems to put enough effort to train his body. Maybe he has commitment to play with his rock band. So this version is with the clean shave look cos he once had long hair.

No need thank me for the support cos I like your blog a lot!

Thanks bro for your support, I appreciated. Jericho's body shape is not as nice as Cena, Batista and even Bourne. But he is still famous as he is always the best villains in WWE. He kept long hair during his early career. But he has been keeping in short hair in WWE for many years :)