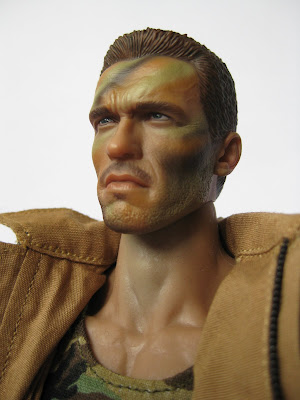 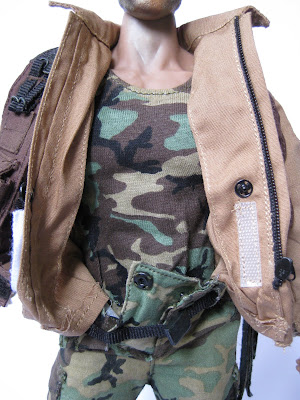 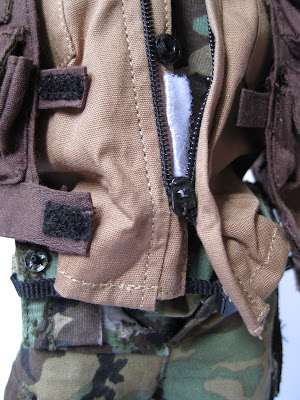 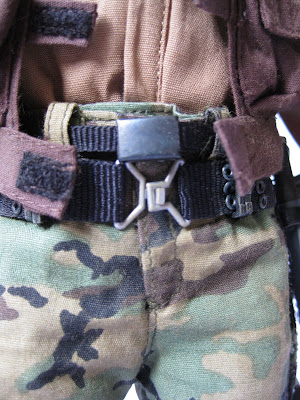 Tried very hard to zip the brown jacket up but not successful. I guess the zip fastener is just for show only. 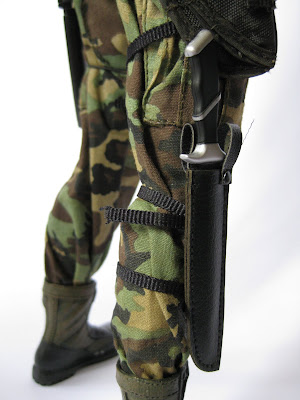 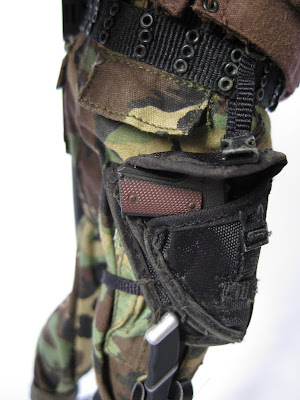 Besides having a holster for the pistol, the sheath on the right leg is for the long combat knife. 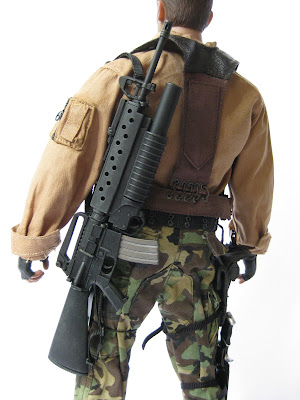 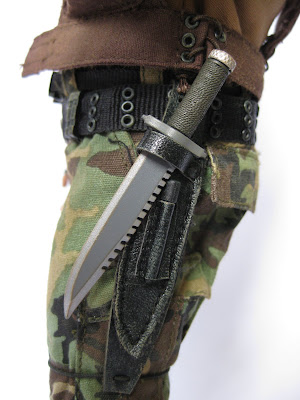 My favourite weapon here is the M16 Rifle mounted with Grenade Launcher. I think I have mistaken placing the combat knife "outside" the sheath, the knife should be placed in the sheath..Haha!! 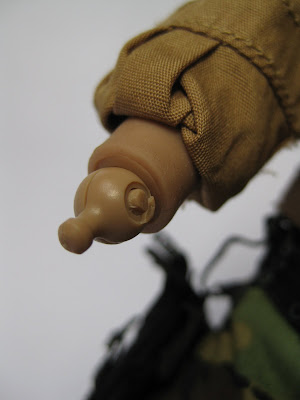 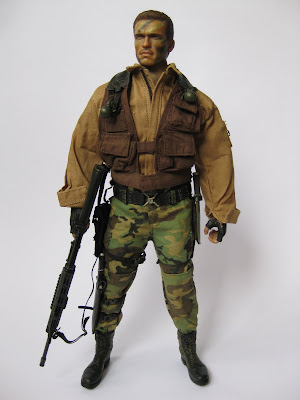 Due to the broken peg connected to the right hand (why me, Hot Toys? what did I do to you previously? you sabotage me), I just posed the figure in a standing position. I think the flaw here is not a problem as long as it can hold the hand from dropping. 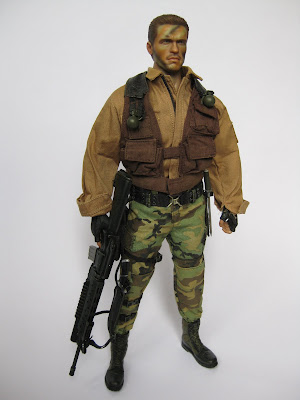 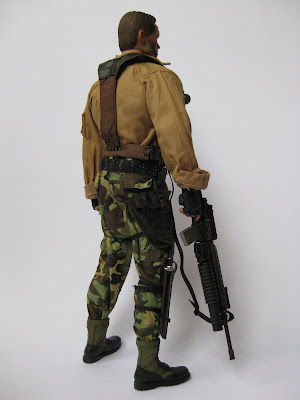 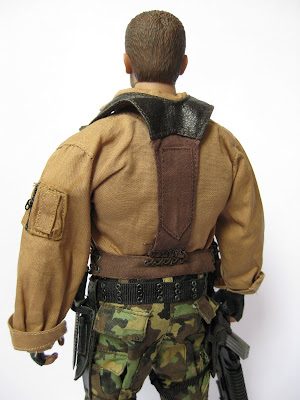 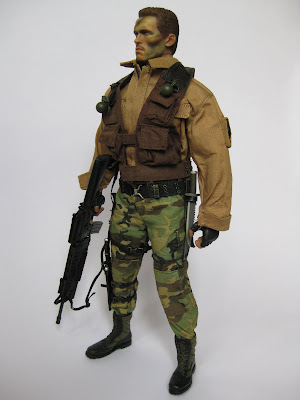 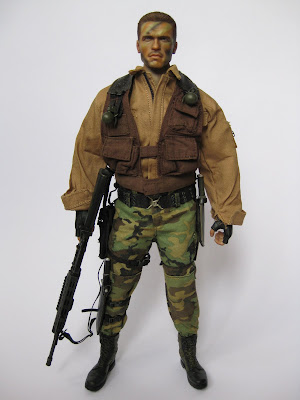 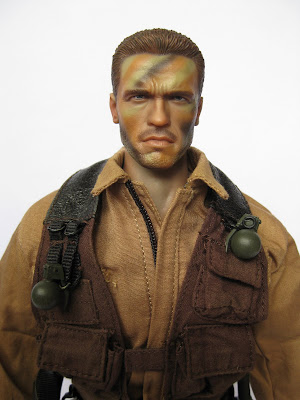 Besides the two round-shaped hand grenades, other accessories include an extra left hand for holding cigar which I didn't show them in my pictures here. 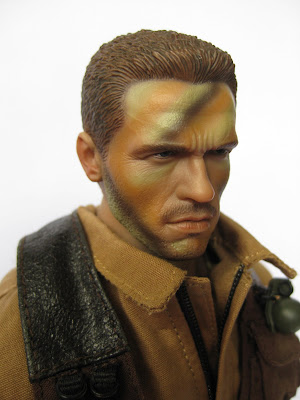 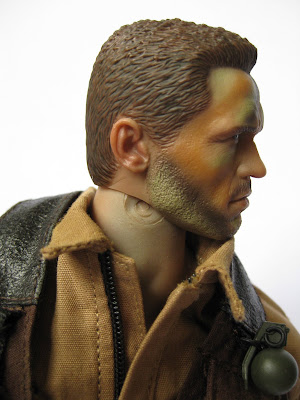 Again, the flaw is not a big problem if I just rotate the head a little bit and not too much.

Despite all these flaws, I am still happy to own this figure due to the jaw dropping awesome head sculpt produced by Hot Toys. In my opinion, the figure looks even better if there are weathering effects made on the uniform, vest and boots. You may visit other collectors' blogs like Toyhaven, KenMoo2007 and Little Plastic Man should you require for more pictures and detailed reviews. You may click here to view the box packaging.
Posted by deSMOnd

i was tempted when i saw KEN'S pictures. my hands were itchin' to my wallet when i saw the pictures on forums. seeing your pictures bro, i'm sold.

i'm gonna get me ARNOLD SCHWARZENEGGER!!! die die must get.

any chance you can spare a true type figure to replace that broken hand peg of yours??

Joshua, I think not worth to replace the new peg from a truetype body as this peg can still hold the hand. Only have to be cautious when adjusting the hand to hold the weapon. Also, not easy to replace the peg as we need to take out the soft rubber arm in order to open up the inner hard plastic arm again. Furthermore, I am not a good customiser and lazy too. As long as the hand won't drop, then it's fine :P

dang....tfh now has no more stock for arnie..i'm too late! any other places that you're aware of which sells arnie bro?

Joshua, you may try Yellow Box at Golden Mile Complex, Moviemania at Plaza Singapore, Earth-X at Far East Plaza and any 12inch shops at CSC.