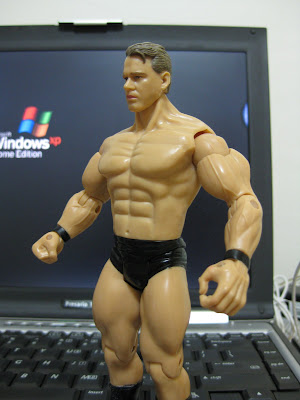 This is John Bradshaw Layfield (JBL) who is currently one of the nasty bad wrestlers in WWE. I personally prefer Bradshaw's previous role as tag team partner with Faarooq and together they formed "the APA". They were one of the greatest tag teams in WWE history. 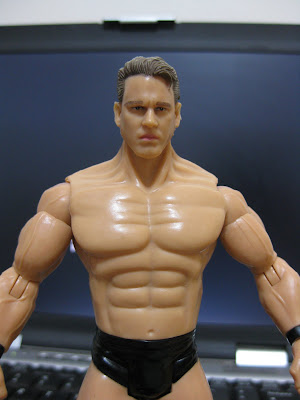 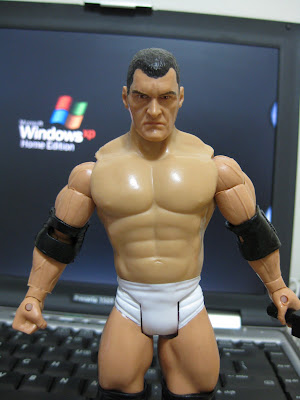 I only realised this is not the "original" figure for JBL when I took it out of my bag for display. I suspect the shop owner had taken out the original torso of this figure for customisation and assembled back using another character's torso e.g. John Cena (2nd row picture from the left). The original torso for JBL should be the one similar to Kozlov (2nd row picture from the right) as JBL is not so "muscular" in real life. Anyway, I will not go back to the shop owner and ask for a loose figure replacement as I am very lazy to do so :P
Posted by deSMOnd

The figure is cool but JBL is clearly out of shape now!

Ya Dennis, JBL is getting fatter nowadays.

it's not the shop owner who did it. These are considered rejects from the factories in China. I went to one of the toy factories in Guangzhou and saw alot of these figurines. Like John Cena with Undertaker arms, or Rey Mysterio with Kane legs. :)